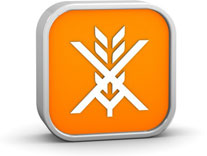 The approach used in conventional medicine to treat Celiac Disease is simple and straight forward. In fact, there is only considered to be one treatment for Celiac Disease according to most conventional medical sources. This treatment is the complete avoidance of gluten-containing foods and food products. In the vast majority of cases it is believed that the avoidance of gluten will bring significant improvement in symptoms within a few weeks. However, this diet is not to be followed until a biopsy of the small bowel biopsy confirms the diagnosis of Celiac disease.

Some conventional medical sources like the Merk Manual (the gold standard reference for medical doctors) suggest that some vitamin and mineral supplementation may help if a deficiency exists. The most likely prescriptions are a multivitamin-mineral and additional iron in the form of ferrous sulfate to treat the anemia that many Celiac patients present with. Unfortunately, many multivitamins contain low levels of nutrients, high levels of binders and fillers, and are not absorbed well by people with healthy digestive systems let alone people with Celiac Disease. The iron prescription often induces or exacerbates constipation due to the poor availability of ferrous sulfate and the high dosage prescribed.

The conventional treatment for those patients who do not respond well to the gluten-free diet likely includes corticosteroid medication to stop the inflammation in the intestines. This presents a new complication because corticosteroid medication, especially when used chronically leads to several side effects including the suppression of the immune system, weight gain, and the breakdown of muscle, bone, and connective tissue.

The conventional treatment for those who continue to have inflammation in their intestines after a gluten-free diet and corticosteroid medication has failed may eventually include surgeries to remove the inflamed segments of the intestines. This is obviously a recommendation of last resort but can lead to a whole host of other problems and side effects.

This article so far has been relatively hard on the approach recommended by the conventional medical system. However, it is important to note that many Medical Doctors practice differently than these recommendations. Many MDs will refer their patients to Naturopathic Physicians or other health care practitioners for more specific advice on the "Alternative Medical Treatments" like oral supplementation, intravenous nutrient infusions, botanicals, and homeopathic medicines. Many MDs will also refer their patients to NDs for testing not offered in the conventional system like blood tests for food allergies, saliva testing for hormones, and stool testing for digestive analysis.

In the next column we will begin looking at the "Alternative Medical Treatments" for Celiac Disease and Grain Sensitivity offered by Naturopathic Physicians.