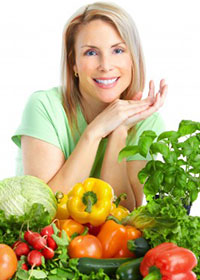 America has one of the highest cancer rates in the world, and cancer is the most dreaded disease in our society. Once rare, affecting less than one in a thousand, by 1900 cancer affected 30 in a thousand. It is estimated that 1,638,910 men and women (848,170 men and 790,740 women) will be diagnosed with and 577,190 men and women will die of cancer of all sites in 2012.1 The situation has become so bad that almost all Americans over the age of 50 have cancer! For example, it is known that after age 50, 40 percent of men have prostate cancer and 40 percent of women have breast cancer, and these are just two cancers. Cancer is also increasing among children and, after accidents, it is their biggest killer. We need to teach people how to prevent and reverse this tragic disease.

Unfortunately, modern medicine is of no help. President Nixon declared "war" on cancer in 1971 and since then we have thrown hundreds of billions of dollars at cancer research. NCI’s (National Cancer Institute) budget for fiscal year 2010 was $5.1 billion, excluding the additional $1.3 billion in American Recovery and Reinvestment Act funds received by the Institute for spending in fiscal year 2009 and fiscal year 2010. During the period from 2005 through 2010, the NCI budget averaged $4.9 billion per year.2 What has this money bought us? More cancer!

The public has yet to grasp the colossal gap between how much money the cancer industry is spending, and the paltry results it is achieving. Research is only part of the billion dollar-a-day cancer industry whose treatments with drugs, surgery and radiation are not only ineffective but dangerous. These conventional treatments do nothing to address what caused the cancer, and they suppress the immune system. Suppressed immunity allows cancer to grow and metastasize-modern medicine's treatment of cancer promotes cancer!

Fortunately, we can protect ourselves. If you are over age 50, you are probably past preventing cancer, you already have it! Now you need to keep it under control. Don't turn the cancer on, and if you already have active cancer, turn it off. Can this be done? Sure it can, and it is done every day by people who take charge of their health.

Businessman Paul Orberson told his story on the Beyond Health radio show some time ago. Mr. Orberson had been diagnosed with advanced kidney cancer. Given only months to live, he read my book Never Be Sick Again-and put his cancer into remission. Many years ago, my brother was diagnosed with advanced prostate cancer and given months to live. He, too, put his cancer into remission and is living a high-quality life. Medical school professor and author Dr. Lorraine Day reversed her highly-advanced breast cancer. There are countless such stories.

To prevent and reverse cancer, it helps to understand something about what causes and promotes cancer. The cancer process occurs in three stages: initiation, promotion and metastasis.

Cancer Initiation
Cancer begins with damaged genes. Initiation occurs when the DNA in a normal cell is damaged. If the DNA is not repaired before the cell divides to form a new cell, it results in a permanent genetic alteration in those new cells. DNA can be damaged by a variety of means, including viruses, chronic infections, foreign bodies, nutrient deficiency, radiation and toxic chemicals. Numerous natural and man-made chemicals have been identified as carcinogenic. Upon exposure, these chemicals can, in a matter of minutes, cause potentially permanent damage to DNA. Such chemicals include many common household chemicals, pesticides, herbicides, food additives, fluoride and metals such as mercury and lead. We live in a sea of carcinogens and must learn how to avoid them. Radiation is carcinogenic; it damages DNA. This is why mammograms cause breast cancer, and why medical X-rays play a major role in our cancer epidemic.

Due to our exposure to carcinogenic chemicals and X-rays, most of our older population and many of our younger people have completed this initiation, and they have clusters of cancer cells throughout their bodies. This stage of cancer is not believed to be reversible. Given the right conditions, these cells will grow and then metastasize.

Preventing the Initiation of Cancer
DNA is being damaged and cancer is being initiated on a grand scale. Our best defense is to support DNA repair with good nutrition while avoiding carcinogenic chemicals and radiation. We have been irresponsibly exposed to radiation by our doctors and dentists. Decline routine X-rays. Allow only those that are absolutely necessary, and there are very few of those. We have been exposed to DNA-damaging viruses through vaccinations. Avoid vaccinations. Vaccine-induced, DNA-damaging viruses are showing up in a variety of cancers including lymph, lung, brain and bone. Avoid foods that have been heated to high temperatures, such as barbecued meat, as this causes formation of powerful carcinogens. Any food that has been blackened is dangerous, including toast. Avoid peanuts and corn products as these are often high in aflatoxins, which are potent carcinogens. Fluoride can inhibit DNA-repair enzymes. Avoid fluoridated water, toothpaste and processed foods. Beyond Health has approved a reverse osmosis system that effectively removes fluoride.

Defects in DNA repair will increase the risk of developing cancer after being exposed to X-rays and chemicals. Certain nutrients are known to support the DNA repair process. These include vitamins B3, B6, B12, and folate, zinc and L-carnitine. Most Americans are deficient in one or more of these nutrients. According to the USDA, 73 percent of Americans are deficient in zinc, and 40 percent are deficient in B12. To optimize DNA repair, eat a diet rich in fresh, organic vegetables and fruits, and take high-quality nutritional supplements. Everyone should, at the very least, be on a superior vitamin/mineral formula.

Cancer Promotion
The next step in the cancer process is promotion. This is when a small cluster of initiated cancer cells grows larger. These cells will not grow unless a precise group of conditions are met, allowing their growth-control mechanisms to be overridden.

Certain foods are known to promote tumor growth and spread. Sugar, excess omega-6 oils and excess animal protein all promote cancer. Cancer cells differ from normal cells in that they are totally dependent on sugar to produce energy. So raising the sugar content of the blood feeds cancer cells and helps them grow. In addition, increased blood insulin is a powerful promoter of tumor growth and spread.

Oils high in omega-6s such as corn, safflower, sunflower, peanut, soybean and canola oils are known to support cancer progression. Never eat these oils, or any of the thousands of products made with them, including baked goods and salad dressings.

Perhaps the most significant factor of all is animal protein and most especially dairy protein. Animal protein, beyond what can be used for growth and daily repairs, promotes cancer, and the average American eats ten times too much. Excess animal protein is able to turn cancer on in experimental animals 100 percent of the time! A high-protein diet increases estrogen, and excess estrogen is known to promote a number of cancers. Protein also acidifies the body and cancer thrives in an acid environment. Animal protein also contains large amounts of the amino acid methionine. Excess methionine is known to be a cancer promoter.

Preventing and Reversing Promotion of Cancer
Cancer promotion can be reversed. By eliminating cancer promoters and maximizing cancer inhibitors, it is possible to turn cancer off! We know fresh fruits and vegetables are cancer inhibitors-eat lots of them. We know that sugar, omega-6 oils and animal protein promote cancer-avoid them. Omega-6 oils not only promote cancer, they also suppress the immune system. Eat plenty of omega-3 oils to offset this effect; supplement with flax and fish oils. Turn cancer off by avoiding animal protein; this means avoiding meat, eggs, dairy and fish except in very small quantities. Avoid fruit juices; they contain too much easily-absorbable sugar. Cancer is highly iron dependent. Avoid iron-rich foods such as red meat. Avoiding fluoride is also important, as fluoride can increase tumor growth by 25 percent.

Fat soluble toxins bioaccumulate in the body. Their synergistic effect can be a powerful cancer promoter. The average person is accumulating hundreds of such chemicals, including pesticides, styrene, PCBs, dioxins, phthalates and fire retardants. The only reliable way to get rid of them is with regular saunas, which have become as necessary as regular exercise. (Beyond Health sells a sauna I researched and approved.)

Metastasis
The final stage of cancer is when it invades neighboring or distant tissues. Once again, a precise set of conditions must be met to allow this to happen. This stage of cancer causes death, but it too is reversible.

Preventing Metastasis
When cancer cells enter the blood stream and get transported to other locations, they become very vulnerable to attack by the immune system. Strong immunity is critical to prevention. Cancer cells require special enzymes to invade other tissues. Studies have found that inhibiting these enzymes stops the spread of the cancer. Plant flavonols found in fruits and vegetables, such as quercitin and luteolin, are known to interfere with these enzymes.

Nutrition Important to Prenventing and Reversing Cancer
Eating lots of fruits and vegetables is probably the single most important thing you can do to prevent or reverse cancer. Evidence is overwhelming that common vitamins, minerals and plant chemicals interfere with the cancer process at every level. Many chemicals found in plant foods are capable of turning cancer cells back into normal cells. Certain flavonoids found in vegetables have been found to suppress and even to kill cancer cells. In fact, food and nutritional supplements have a far more powerful effect on cancer than chemotherapy.

Since almost all Americans are deficient in vitamins and minerals, supplements are necessary. Here is a list of the nutrients known to inhibit cancer: vitamins A, all the Bs, C, D, E, beta carotene, choline, selenium, acetyl L-carnitine, alpha lipoic acid, zinc, magnesium, flavonoids and omega-3 oils.

Nutrition improves Cancer Immunity
Immune cells have a higher metabolic rate, and therefore, need more nutrients. Water soluble nutrients such as B vitamins and vitamin C are not stored well in the body and need constant replacement. When this does not happen, immunity is quickly affected. Whenever the immune system responds to a threat, billions of immune cells are needed quickly. These cells will be limited by the amount of nutrients available for their construction. Any vitamin or mineral deficiency will quickly be felt, impairing immunity. For a powerful anti-cancer regimen, I recommend supplementing with Beyond Health's Life Essentials Comprehensive Kit along with the Cancer Support Add-on Kit.

The bad news is that cancer is an out-of-control epidemic. The good news is that cancer is a complex disease requiring the successful completion of many steps to make it happen-this provides us with multiple opportunities for its prevention and reversal. The most powerful preventive and healing tools are fresh fruits and vegetables plus high quality supplements. 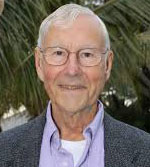 Raymond Francis is an M.I.T.-trained scientist, a registered nutrition consultant, author of Never Be Sick Again and Never Be Fat Again, host of the Beyond Health Show, Chairman of The Project to End Disease and an internationally recognized leader in the field of optimal health maintenance.