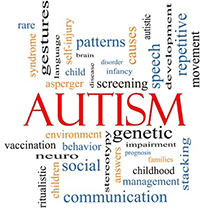 Many of you have wondered about the connection of vaccines and autism. The rising cases of autism worldwide have to be attributed to something right? But many wonder if it's related to vaccines, mercury, GMO foods or something else?

The biggest story in years broke when a leading researcher at the Centers for Disease Control and Prevention (CDC) helped uncover how they manipulated data and obscured a ridiculously higher incidence of autism. I mean ridiculous, upwards of 340% higher incidence in autism, in the African-American boys who received the MMR vaccine. Dr. William Thompson came forward after a FOIA (Freedom of Information Act) was enacted. The CDC knew in 2003 (more than a decade ago!) that the risk for autism went up but key people kept it hush hush. Like many studies that naive consumers believe, the data was statistically skewed to hide the risks from parents, pediatricians and the general public. My heart aches for all the parents who unknowingly trusted…

It's so sad. Dr. Thompson has worked for the government agency for over a decade and confirmed that "the CDC knew about the relationship between the age of first MMR vaccine and autism incidence in African-American boys as early as 2003, but chose to cover it up." He remarked "we've missed ten years of research because the CDC is so paralyzed right now by anything related to autism. They're not doing what they should be doing because they're afraid to look for things that might be associated." He alleges criminal wrongdoing by his supervisors, and he expressed deep regret about his role in helping the CDC hide data.

This calls into question the nine additional studies cited by the CDC as evidence denying a link between vaccines and autism. If you have a computer, the story is still unfolding and you can use the following hashtags to get the play-by-play on this story: #CDCwhistleblower and #CDCfraud. A couple of things to note here. One is that the MMR vaccine is the one in question, not all vaccines. (I'm not saying all the other vaccines are safe, I'm just putting this in perspective). Also, it occurred in African-American males and specifically showed a dramatically higher risk when kids were inoculated before age 3. We don't know what causes the problem, for example the vaccine itself or an additive. Finally, there is no current discussion or data regarding the impact of giving the MMR vaccine after age 3.

We need to be more proactive and think big picture. There's been a suspicion of harm for years when perfectly healthy children become disabled after a shot, or series of shots. As a population, we've followed the herd, sweeping all the disturbing stories from autism-touched families under the rug. "It won't happen to my child." Now there's going to be a hostile group of parents who demand answers. The CDC isn't ready and I promise you this is one of many medical debacles to come.

Suzy Cohen, is known as America’s Pharmacist. She has been a licensed pharmacist for 24 years and is a Functional Medicine practitioner. She’s the author of 6 books, including her most recent Amazon #1 best-seller, “Thyroid Healthy: Lose Weight, Look Beautiful and Live the Life You Imagine.”

She was the host of The Thyroid Summit which broadcast worldwide in June 2014. Suzy has been a syndicated columnist for 19 years reaching 20 million in circulation each week. She is a Huffington Post writer, and also hosts her own syndicated medical minute on TV. Suzy has been featured on The Dr OZ Show 6 times, and has appeared on The View, Good Morning America Health, The Doctors and hundreds of other networks. She is a member of The Institute of Functional Medicine, also the American Academy of Anti-Aging Medicine, The American Pharmacists Association and ILADS, the International Lyme and Associated Diseases Society. You can read free articles and receive your free newsletter by visiting her website, SuzyCohen.com

Books authored by Suzy Cohen include: