What is TBI?
We’re hearing a lot more about traumatic brain injury in recent years, with increasing diagnoses among many prominent figures from military combat veterans to figures in such high impact sports as football and boxing. There has also been attention focused on child and teen sports, where the injuries can be even more damaging to their more vulnerable bodies. Fortunately, TBI is being taken a lot more seriously now than ever before.

In TBI, the head is impacted by an external force that causes the brain to swell within the confines of the skull, thus decreasing blood flow, and causing other chemical changes that adversely affect brain function. In many instances, the brain fully recovers. Far too often, however, patients are left with lasting issues such as memory problems, depression, motor impairment, anxiety, migraines, vision problems, trouble processing, and much more.

Standard Medical Treatment of TBI
The biomedical standard of care for TBI consists of these doctor’s orders:

This, in addition to surgery and occupational therapy for more severe cases, is about all doctors have to offer those with a traumatic brain injury, commonly referred to as concussion. Then, it’s a game of watch and wait. The brain is left to heal largely without any specific therapies to support the body’s natural healing processes.

Functional Medical Treatment of TBI
In contrast, those of us who use an integrative or functional medicine approach which focuses on treating underlying issues, have found that there is a better way to treat TBI. There are a number of anti-inflammatory herbs, such as curcumin, that help heal the brain. There are modalities, like hyperbaric oxygen (HBOT), which rescue brain cells by enhancing the flow of blood and oxygen. Then there is neurofeedback to train the brain in forming new pathways. Add in acupuncture, an ancient but still powerful treatment for TBI. All these treatments already take us beyond the mainstream standard of care.

A treatment that is (too slowly) gaining more mainstream acceptance are orally administered omega-3 fatty acids that reduce the inflammation and thus, lessen the swelling in the brain. You can read more about this in When Brain Collide, written by my colleague, Dr. Michael Lewis. His omega protocol, in which patients take a mega-dose of fish oil over the course of a few weeks, has had remarkable results. It has restored brain function in many including bringing people out of coma. Some years ago, my friend JJ Virgin’s son, Grant, had a devastating head injury, and I saw personally how high doses of fish oil was instrumental in bringing him back. This was even covered by Dr. Sanjay Gupta on a special on the topic for CNN.

CBD for TBI
Now we have a new modality: the administration of CBD for brain repair. Like many of us, Dr. Lewis is not only enthusiastic about its use, but fortunately is using his platform as a recognized TBI expert to educate the public and doctors alike about the benefits of adding CBD to the protocol.

The proof? Animal studies have demonstrated that cannabinoids can not only reduce the acute effects of TBI, mitigating neurological damage, but can also help with the secondary effects, including those frustrating cognitive deficits that can linger after even after a “minor” TBI.

The Science
CBD takes us from “There’s nothing we can do,” to “We definitely can help you!” How does this happen? Here is some of the science behind the phenomenon. 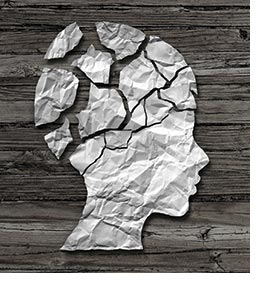 First of all, as mentioned, TBI causes the brain to swell and induce a potentially toxic level of activity of the excitatory neurotransmitter, glutamate. This can lead to varying amounts of cell death in significant portions of the brain. Inflammatory compounds and free radicals are also released, creating oxidative stress. These acute effects of TBI can lead to a host of secondary effects, potentially killing off more brain cells, weakening the blood brain barrier, and contributing some of the hallmark symptoms of TBI like brain fog, mood disruption, and sleep problems.

In my blog on the endocannabinoid system, you know that the ECS, the bodily system controlled by cannabinoids, is responsible for relaxing your body and returning it to balance in times of stress. It is also your body’s natural defense against TBI.

The ECS has two main receptors: CB1 and CB2. When activated, CB1 decreases excitatory glutamate activity. Excessive glutamate is toxic to brain cells, and the ECS has evolved to fight against it.

CB2, on the other hand, when activated revs up the immune response. It helps repair cells and promotes the creation of new neurons. This directly combats brain damage caused by cell death. Notably, CBD also preserves memory by preventing neuronal loss in the hippocampus, the brain’s memory center.

Brain Damaged Mice and CBD
In one study, researchers inflicted a TBI on mice genetically engineered to lack either CB1 or CB2 receptors. Their injuries were more severe compared to those of mice that had both receptors. Moreover, studies have shown that after a TBI, ECS activity increases to enact healing.

Another study showed that after a head injury was inflicted on a group of mice; when half of them were untreated and the other half received a single dose of plant derived endocannabinoid called 2-AG, there was a definite difference in outcome. The mice who received treatment improved in cognitive function, motor function and every parameter examined, even months later—a remarkable success. Of course, in a lab setting the scientists had the advantage of being able to administer the dose of 2-AG shortly after brain injury, so while it proved the point, it may be harder to do this in everyday head injuries.

However, even if you had a brain injury, months or even years ago, CBD can still help by reducing brain inflammation and treating the secondary effects mentioned above, just not as well as if treated at the time. As long as you have symptoms from a TBI, CBD can have a positive effect.

How does it work?
CBD is what’s called a “promiscuous compound,” i.e., a chemical that binds to a variety of different receptors. That means CBD not only binds to the receptors of the ECS, but other receptors such as the serotonin receptor 5-HT1A and the PPAR-gamma nuclear receptor. These two receptors, when activated, protect the essential blood brain barrier which can be damaged during TBI. The blood brain barrier is a network of blood vessels and cells meant to keep unwanted substances out of the brain. It’s exceedingly difficult to pass through, and any weakening of it can allow otherwise unwanted substances to enter the brain. This can lead to inflammation and other brain conditions.

Serotonin, as you may know, is a major regulator of mood, and is the purported target of popular antidepressant medications, the SSRIs. CBD is known to boost mood not only through its impact on serotonin, but also dopamine, the pleasure or “reward” neurotransmitter, and GABA, the calming neurotransmitter. Thus, CBD can ease the depression and anxiety that can be so troublesome for those recovering from TBI.

More Brain Benefits
And it doesn’t stop with mood. CBD can also improve memory and lift brain fog. As mentioned, CBD can promote neuron growth in the hippocampus. It also regulates acetylcholine, which boosts memory and mental acuity.

One more huge benefit is the effect of CBD on PTSD (Post Traumatic Stress Disorder). It acts in the area of the limbic system, the seat of emotions, to help “forget” the fearful emotions associated with the traumatic event. This is important since PTSD is difficult to treat successfully by conventional means. There are specific trauma treatments such as EMDR, somatic experience, tapping and more, and they all work well, but even better in conjunction with CBD.

With all of its healing ability, CBD has yet become a standard treatment for brain injury. We hope that with more studies on its use, and simply, more experience by the public and the medical profession, it will become better accepted.

Luckily, you don’t have to wait for researchers to construct the perfect clinical trial in order to start using CBD.

Choose a full spectrum hemp oil extract which delivers the remedy as nature intended, with other cannabinoids and terpenes, so you get the best effect possible, known as the “entourage effect.” 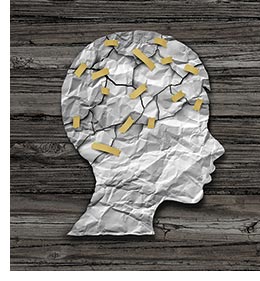 How to Take CBD
Start out with a small dose and increase gradually, using your own response as a guide. Typical doses are 25–100 mg daily in divided doses 1–3 times daily. Doses are quite individual, based on your unique ECS activity.

Interactions with medications:
Even though CBD has a good safety profile, if you are taking medication, you should check with your doctor before trying it. Both CBD and most pharmaceuticals are detoxified by the liver’s cytochrome P450 enzyme system. As a result, certain medications, including chemotherapy agents, anti-epilepsy drugs, and the blood thinner coumadin may be affected. In some cases, you just have to have the drug dose decreased. For a list of potential drugs that may interact with CBD, see this link: https://cbdorigin.com/cbd-drug-interactions/ The fact is, though, we have found that doses under 100 mg a day generally do not interfere with medications.

Adjunctive Care
In addition to taking CBD, take large doses of omega-3 oils. I also agree with the conventional wisdom to rest your brain until medically cleared to become more active. You can enhance this rest with meditation and breathing exercises as well as good nutrition. Steer clear of all processed foods and sugar, and eat a plant-based diet that is also high in healthy omega-3 fats in such foods as avocados and wild caught (or sustainably raised farmed) salmon.

Other integrative supportive measures include neurofeedback, low level laser, PEMF, hyperbaric oxygen, Transcranial Magnetic Stimulation (TMS), and acupuncture. The bottom line here is that while we still have a lot to learn, there are increasing resources for treating this serious condition. Most exciting right now is the promise of CBD or more properly, Full Spectrum Hemp Oil Extract for treating TBI.