In October, we observe National Mental Health Awareness Month. Although it's important to raise awareness about issues like anxiety, depression and suicide, it's equally critical to understand that no one wants to be labeled as defective or abnormal. By labeling these issues as "mental health" or "psychiatric," people suffer in silence because of the shame they feel.

If we do not erase-or at least lower-the stigma for these issues, many more people will unnecessarily suffer, and some will die, without getting the help they need. We must do better because according to a large epidemiological study in Archives of General Psychiatry, 51 percent of the U.S. population will struggle with a mental health issue at some point in their lives.1 Let that soak in for a moment-more than half of Americans will experience a psychiatric problem, meaning it's more common to have one than not.

Anxiety disorders and depression are the most common conditions, according to the National Alliance of Mental Illness,2 and they are increasingly affecting young people. An estimated 36 percent of girls will experience clinical depression during their teenage years and so will 13 percent of teenage boys.3 Both numbers are unacceptable.

Even more disheartening is the fact that suicide rates are on the rise. Since 1999, suicide has increased 33 percent, decreasing overall life expectancy, while during the same period of time cancer has decreased 27 percent.4

We're heading in the wrong direction.

Discarding an Outdated Paradigm
Reimagining mental health as brain health changes everything. People begin to see their problems as medical, not moral. It decreases shame and guilt and increases forgiveness and compassion from their families. Reframing the discussion to brain health is also more accurate and elevates hope, increases the desire to get help, and increases compliance to make the necessary lifestyle changes. Once people understand that the brain controls everything they do and everything they are, they want a better brain so they can have a better life.

But psychiatry remains the only medical field that rarely looks at the organ it treats. If you have crushing chest pain, a cardiologist will do an imaging study of your heart. But if you have crushing depression, chances are no one will ever look at your brain.

This needs to change as a growing body of neuroimaging studies-including our own brain imaging work that includes over 160,000 brain SPECT scans related to behavior-clearly show that mental health is related to the physical functioning of the brain. We see it in people with depression, anxiety, and suicidal behavior.

Depression is associated with excessive activity in the brain's emotional center, which is known as the limbic system. When this brain network is less active, there is generally a positive, hopeful state of mind. When it is overactive, negativity and sadness can take hold.

Anxiety is linked to too much activity in the basal ganglia, a part of the brain that sets your emotional tone. When there is overactivity in this area, people are more likely to experience anxious thoughts, tension, heightened fear and increased awareness.

Suicidal thoughts and behaviors are complex and often tied to untreated conditions, such as depression or anxiety. We have scanned more than 300 people who have attempted suicide and many more who have contemplated taking their own life. We have found that a number of brain issues are often at work in people who are suicidal, including:

The most exciting thing about reframing the discussion about mental health as brain health is that an increasing number of studies have found that improving the physical functioning of the brain improves the mind.6 You are not stuck with the brain you have. You can make it better.

This doesn't necessarily mean medication. Be aware that some psychiatric medications intended to improve your mental state are actually harmful to your physical brain. For example, anti-anxiety drugs, such as benzodiazepines, are associated with unhealthy, toxic-looking scans. In addition, most people are never informed that it can be hard to stop taking certain psychiatric medications, such as anti-anxiety pills or antidepressants. Be careful about starting something that may be hard to stop.

Lifestyle changes can have a powerful influence on the moment-by-moment functioning of your brain. Adopting brain healthy habits can be one of the keys to minimizing symptoms of anxiety and depression and can improve the functioning of the troubled brain areas seen in people with suicidal tendencies.

For example, research has shown that physical exercise has been found to improve mood, anxiety, and even cognitive health in patients with depression.7 Increasing evidence suggests that nutritional treatment may help prevent, treat, or improve depression, anxiety and many other disorders.8 This means that fueling the brain with high-quality food can minimize symptoms.

Other impactful strategies to retrain the brain include learning how to kill the ANTs, the automatic negative thoughts that infest your mind and steal your happiness. Negative thoughts cause the brain to release chemicals that instantly make you feel bad, but by simply challenging or talking back to these thoughts, you can shut down or slow the production of these nasty chemicals so you can feel better fast.

A growing body of evidence also supports the use of natural supplements for mental health, or rather brain health, issues. A number of websites are dedicated to the extensive science of nutraceuticals for health, including brain health, such as MedlinePlus from the National Library of Medicine and Natural Medicines. They often grade nutraceuticals from the clinical science evidence similarly to how they rate pharmaceuticals, with A-level status reserved for those that have robust research conducted with more than two placebo-controlled, double-blind clinical trials.

Several nutraceuticals have A-level evidence for symptoms seen in common mental health, or brain health, conditions. For anxiety and stress, these include ashwagandha,9 theanine,10 and omega-3 fatty acids (EPA+DHA).11 Nutraceuticals that support mood include EPA omega-3 fatty acids,12 St. John's wort,13 saffron,14 and SAMe.15 I often recommend these, along with a core nutraceutical program that includes a broad-spectrum multiple vitamin-supplement and vitamin D, for our anxious and depressed patients.

Ultimately, to enhance brain health and manage or overcome symptoms, it's important to seek out solutions that are the least toxic and most effective. 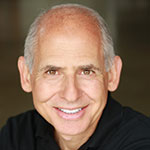 Daniel Amen, MD, is a clinical neuroscientist psychiatrist, physician, professor and 10-time New York Times bestselling author. His latest book, “The End of Mental Illness,” is slated for release in March 2020. He is a double board-certified child and adult psychiatrist and founder of Amen Clinics, Inc., which has eight clinics across the country with one of the highest published success rates for treating complex psychiatric issues with the world's largest database of functional brain scans relating to behavior, with more than 160,000 scans on patients from 121 countries. Amen is the lead researcher for the largest brain imaging and rehabilitation study for professional football players that demonstrates high levels of brain damage in players with solutions for significant recovery as a result of his extensive work. His research on post-traumatic stress disorder and traumatic brain injury was recognized by Discover magazine's Year in Science issue as one of the "100 Top Stories of 2015." Amen has authored and co-authored more than 70 professional articles, seven scientific book chapters and 40-plus books, including the No. 1 New York Times bestsellers, "The Daniel Plan" and "Change Your Brain, Change Your Life."