THE DOMINANT RISK FACTOR FOR DEMENTIA IS ADVANCING AGE, UNFORTUNATELY, NO ONE KNOWS HOW TO REVERSE AGING. HOWEVER, THE SECOND MOST IMPORTANT RISK FACTOR IS POOR CIRCULATION, AND THIS IS SOMETHING YOU CAN EASILY CORRECT.

Advancing age is the dominant risk factor for dementia. Individuals under age 65 rarely develop dementia, but then risk doubles every five years after age 65. In individuals over age 85, up to one-half exhibit signs of the onset of dementia.

There is little we can do about aging, but we can address other dementia risk factors which arise with aging. In particular, low blood flow to the brain has repeatedly been shown to be one of the most important risk factors for dementia, and it is an easily correctable factor.

The influence of low blood pressure on the development of Alzheimer's was first reported more than 20 years ago in a Swedish study of 1800 people which showed that below normal (less than 120/80 mmHg) blood pressures were associated with a 2-fold to 10-fold increased risk.1

The Bronx aging study subsequently confirmed that below normal blood pressures were associated with an increased risk of Alzheimer's, and also indicated that for individuals with resting diastolic pressures below 70 mmHg, the risk increased by a factor of two or more.2 Additional confirmation has recently been provided in a very large study completed in Norway and involving almost 25,000 patients who were followed for up to 27 years.3

Additional research also confirms that reduced brain blood flow arising from chronic low blood pressures is likely the primary underlying cause of dementia. Direct measurements of brain blood flow have shown that increased blood flow is associated with reduced risk of dementia.4 Also, a very recent mouse study completed in Israel demonstrated that one hour daily exposures in a hyperbaric chamber, which increased oxygen levels in the blood, significantly reduced the physiologic nd behavioral effects of Alzheimer's within a two week period of time.5

So why does resting blood pressure fall as we age? Whenever we are sitting or standing, gravity is pulling the blood in our veins, and other fluids in our body, down towards our legs. Because people have relatively soft skin (women more so than men), our skin expands allowing blood and fluid to pool into our legs and lower body.

In young individuals, the soleus muscles in the calf of the legs prevent this pooling from becoming excessive. These specialized muscles serve as pumps which collect the fluid pooling into the legs and pumps it back to the heart. The soleus muscles play such an important role in ensuring blood return to the heart that they are often called our "secondary hearts."

As we age, however, it is common for our soleus muscles to become unable to perform the task of continually pumping blood and lymphatic fluid back up to our heart. The soleus muscles are maintained through squatting activity, and while our ancestors squatted to rest, adults in the western world rarely squat. To rest, we sit in chairs, and sitting does not exercise the soleus muscles.

Weak soleus muscles allow fluid to continually build up in the legs during the day. This pooling is often first recognized by the presence of swollen feet or ankles, or by the appearance of varicose veins. But, if the fluids in your body are not being returned back to the heart, the output from your heart falls. This drop in cardiac output leads to a drop in blood pressure, and as a result, a decrease in blood flow to the brain.

The soleus muscles can be activated through a reflex initiated with an appropriate mechanical stimulation to the bottom of the feet. To take advantage of this reflex response, "passive exercise" devices have recently been introduced onto the market which allows you to exercise your soleus muscles while you sit. Retraining your soleus muscles generally requires a couple of hours a day of "exercise", but over the period of several months, your soleus muscles will regain their pumping ability, your symptoms of fluid pooling will disappear, and your resting blood pressure will return to normal.

Recent research has provided encouraging evidence that correcting low blood pressure in older individuals is capable of reversing the earliest stages of dementia in a relatively short period of time.6 In a study on 70– 90-year-old participants living in an assisted living center, those with chronically low resting blood pressure were found to require twice as much time to complete a cognitive test than their fellow residents who had normal blood pressures. Undertaking soleus exercise for just one hour per day, over a four-month period of time, served to correct the low blood pressures, and cognitive test times fell by half.

While dementia is often considered an irreversible effect of aging, research has clearly shown that dementia arises, in large part, as a result of the reduced brain blood flow which occurs as we age. By maintaining normal blood pressure as we age, we should be able to slow, or even reverse, the development of dementia and perhaps even prevent future cases of Alzheimer's and other debilitating forms of dementia. 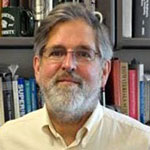 Dr. McLeod received his PhD in Electrical Engineering from MIT and completed post-doctoral studies in Anatomy and Cell Biology at Tufts University. His research expertise is in the area of electromagnetic interactions with living tissue, and he holds over 25 patents in this area. He is a serial entrepreneur, having launched twelve ventures over the past 30 years, primarily in the health and wellness industry. More info on Sonostics can be found here: www.sonostics.com 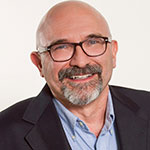 Eric Dohner, M.D. received his medical degree from Temple University School of Medicine, Pennsylvania and completed his residency at Strong Memorial and Highland Hospital in Rochester, New York. He is board certified by the American Board of Venous and Lymphatic Medicine (ABVLM) and certified as a Registered Phlebology Sonographer (RPhS) and a member of both The American Society of Lasers in Medicine and Surgery and The American College of Phlebology.

Dr. Dohner is the current Chief of Medicine at Delaware Valley Hospital, New York and the Medical Director for New York Skin and Vein Center, the premier vein institute in Upstate New York with offices in 5 counties. He is the author of two healthcare books and is currently working on a third.