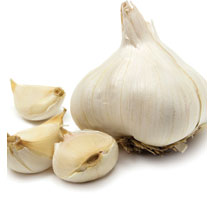 Garlic has been used for centuries as a traditional medicine, in many cultures. Modern science has confirmed its role in reducing cardiovascular risk factors, by normalizing plasma lipids and inhibiting platelet aggregation; yet some contradictory results have arisen, due to shortcomings in study methodology and inadequate standardization of the garlic preparations used in many studies.

While fresh garlic is an excellent addition to health and diet, a high intake can cause gastrointestinal problems for some people, as well as act as a social deterrent, due to its odor that lingers on the breath and skin, an odor that emanated from volatile, unstable allicin that is produced enzymatically, when the bulb is cut, or chewed. An additional factor in establishing the health efficacy of garlic intake, is the difficulty in standardizing the amounts of garlic’s protective factors, when eating the fresh bulb.

Kyolic Aged Garlic Extract (AGE)
Of the all the garlic preparations on the market, Kyolic Aged Garlic Extract (AGE), made by Wakunaga of America, is the preparation that has consistently shown cardiovascular protection, in a wide range of preclinical and clinical studies. AGE is highly standardized. Manufactured from organic fresh garlic, by extraction and aging up to 20 months, AGE is odorless, rich in antioxidants that are cardio-protective and readily absorbed into the circulation after intake. The extraction and aging process converts unstable compounds, such as allicin, to stable substances and produces high levels of stable water-soluble organosulfur compounds that are powerful antioxidants. These include S-allylcysteine (SAC), that is AGE’s major component, and is used for standardization, and S-allylmercaptocysteine, unique to AGE. Among other compounds present are low amounts of oil-soluble organosulfur compounds, flavonoids, a phenol, allixin, selenium, and saponins.

Heart-protective Effects of AGE
AGE has been shown to reduce cardiovascular risk factors in both clinical and preclinical settings; it has been found repeatedly to reduce blood pressure, inhibit platelet aggregation and adhesion, lower LDL and elevate HDL cholesterol, reduce smoking-related oxidative damage, inhibit the production of prostaglandins involved in inflammation, and lower homocysteine, a cardiovascular risk factor.

S-allyl cysteine, thought to be largely responsible for many of AGE’s health benefits, has been found to lower cholesterol, by deactivating a pathway involved in cholesterol production, by as much as 41 percent; moreover the efficacy of AGE in reducing cholesterol synthesis is additive with statins, the cholesterol-reducing medications. An additional protective factor of AGE is its ability to increase blood flow (microcirculation) and protect the lining of arteries, the endothelial cells, from oxidative damage, a property that is of great importance in diabetes, where microvasculature may be damaged.

AGE Reduces Homocysteine
Elevated blood levels of homocysteine that injure endothelial cells can lead to thrombosis and heart attacks, as well as stroke. Consumption of AGE has been shown to reduce homocysteine levels. A preclinical study, compared levels of homocysteine in a folate deficient diet, that contained AGE, with a folate-fortified diet, that was supplemented with AGE. The investigators found AGE reduced homocysteine in the folate deficient diet, but not in the folate sufficient diet. The study showed that AGE may serve as an added treatment in cases of elevated homocysteine (hyperhomocyteinemia.) In a clinical trial, described below, showing that AGE protects coronary artery from atherosclerotic plaques formation, the principal investigator, Dr. Matthew Budoff, a cardiologist and Professor at the University of California in Los Angeles and colleagues, found AGE lowered homocysteine levels, compared to placebo.

AGE Reduces the Risk of Heart Attacks
AGE has been found to dramatically block coronary-artery calcification and the progression of plaques-formation, thus lowering the risk of a heart attack.

Dr. Budoff and colleagues initiated a series of double-blind, placebocontrolled, randomized trials, that showed the ability of AGE to slow the progression of atherosclerotic vascular disease and reduce markers of oxidative stress, such as homocysteine.

In these studies coronary artery calcification, that is a measure of plaque formation, was evaluated by computerized tomography (CT scans). The method enables doctors to assess the percent of arterial blockage that exists and follow it over time, such as a year, as was the case in these studies.

A more recent study was designed to assess whether aged garlic extract therapy with supplements (AGE+S) reduces inflammatory and oxidation biomarkers, enhances vascular, and inhibits the progression of atherosclerosis, as compared to placebo.

In the placebo-controlled, doubleblind, randomized trial, 65 intermediate risk patients (age 60+/-9 years, 79 percent male) were treated daily, for one year, with a placebo capsule or a capsule containing AGE (250 mg), vitamin B12 (100 microg), folic acid (300 microg), vitamin B6 (12.5 mg) and the amino acid arginine (100 mg). All patients were subjected to coronary artery calcium scanning and measurement of lipid profile, a variety of immune complexes, including auto-antibodies to malondialdehyde, a marker of oxidative stress, C-reactive protein, a marker of inflammation and homocysteine. The measurements were made at the beginning of the trial and at the end of the trial, 12 months later. The progression of calcification was defined as an increase of more than 15 percent per year.

The findings showed that after one year the progression of calcification was significantly lower in the AGE+S compared to the placebo group. Total cholesterol, LDL-C, homocysteine, and the immune reaction complexes studied, were decreased, whereas HDL, and other protective factors were significantly increased in AGE+S, compared to placebo.

The investigators concluded that “AGE+S is associated with a favorable improvement in oxidative biomarkers, vascular function, and reduced progression of atherosclerosis.”

Summing Up
In preclinical and clinical studies, Kyolic Aged Garlic Extract (AGE, Wakunaga of America), an odorless form of garlic, that is rich in bioavailable, water-soluble organosulfur compound, and has higher antioxidant activity than fresh garlic, with none of its adverse effects, protects against a wide range of cardiovascular risk factors and helps maintain a healthy heart.