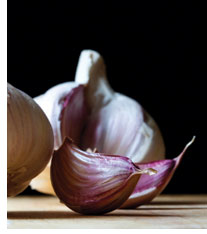 Hypertension or high blood pressure is a precursor to heart disease. High blood pressure that goes undetected or isn’t properly controlled can lead to heart attack, heart failure, kidney failure, stroke or premature death. According to the American Heart Association one in three U.S. adults suffers from hypertension, which if gone untreated leads to one in six deaths a year. Though the exact causes of rising blood pressure are not clear, studies show there is a strong association with age, family history, being overweight, a sedentary lifestyle, smoking, stress, and lack of sleep, to name a few of the findings. High salt intake, caffeine and alcohol have been shown to exacerbate the situation, leading to an increase in blood pressure.

Because hypertension has few early symptoms, many people aren’t aware of their condition.

One cannot feel the increase in blood pressure in the way one feels a headache coming on or a sore tooth. Therefore, lifestyle preventive measures should be taken consistently to avoid the hidden signs of hypertension and once hypertension hits, treatment should be sought.

Garlic and Blood Pressure
People seeking to control hypertension are offered a wide range of anti-hypertensive medications. But for those who prefer to explore complementary therapy, the choice of garlic as a treatment is a safe and effective avenue.

Garlic has been associated with a lowering of blood pressure in patients with untreated hypertension; in some reports the anti-hypertensive effect of garlic was similar to that seen with anti-hypertensive drugs. Current evidence indicates that of the various available garlic preparations, Kyolic aged garlic extract (AGE), manufactured by Wakunaga, is the most reliable and consistent in its efficacy. Aged garlic extract is safe and odorless; it is produced from fresh organic garlic cloves, by a process of natural extraction and aging that lasts up to 20 months, at room temperature. AGE is standardized by S-allyl cysteine, its most prevalent component, a stable water-soluble organosulfur compound, with antioxidant activity. The fact that the standardizing compound is stable, in contrast to volatile allicin, which is used in standardizing garlic powder, assures the high quality control and reliability of AGE. This has resulted in AGE being the preferred form of garlic used in medical studies on the health effects of garlic, with over 600 scientific and medical publications.

Recent studies of AGE have shown it to be a modulator of multiple cardiovascular risk factors, such as lowering blood pressure, increasing blood flow, preventing platelet aggregation and adhesion, lowering total cholesterol and LDL, elevating the good cholesterol (HDL) and directly suppressing atherosclerosis. In addition, AGE was shown to protect the function of endothelial cells that line blood vessels and, by its powerful antioxidant action inhibit oxidative damage of the endothelium that can be caused by many stress factors, including smoking.

A breakthrough clinical trial from the University of California in Los Angeles, by Dr. M. Budoff and colleagues, found a dramatic reduction in coronary artery plaque formation in AGE treated patients compared to placebo and, among the other multiple cardioprotective effects a reduction in blood pressure.

A New Randomized Clinical Trial
Various published studies on the ability of garlic and garlic supplements to lower blood pressure in patients with untreated hypertension, show that AGE is better tolerated than garlic powder and that its efficacy in reducing blood pressure is superior to that of raw or cooked garlic.

A new clinical trial from the University of Adelaide in Australia is the first to address the question whether AGE would be effective in lowering blood pressure in hypertensive patients whose treatment with ant-hypertensive drugs did not control their high blood pressure. In other words, would AGE act as an adjunct treatment and effectively produce a favorable response in the medically uncontrolled hypertensive patients. The clinical study published in the journal Maturitas, with K. Reid as lead author, in October 2010 (online in July 2010), was a randomized, double-blinded placebo controlled trial of 50 patients with hypertension, who’s high blood pressure remained uncontrolled, despite having been treated with antihypertensive medications.

The patients were adults with systolic blood pressure of 140 mm Hg or higher and diastolic pressure of 90 mm Hg or above. They were all on conventional antihypertensive medications, such as beta blockers, calcium channel blockers, angiotensin converting enzyme inhibitors, or diuretics. The patients were instructed not to change the prescribed medications during the trial. Twenty five patients in the garlic group received four capsules a day that contained a total of 960 mg of aged garlic extract and 2.4 mg S-allyl cysteine, for 12 weeks. The daily dose was equivalent to an intake of 2.5 mg of fresh garlic. Twenty five patients on placebo received similar capsules, devoid of Kyolic, packaged in identical containers as the AGE. In order to be sure that patients were unaware whether they were on the garlic regimen or on placebo, sachets with a drop of AGE were added to give a garlic odor to all containers. Blood pressures were monitored at baseline and at 4.8 and 12 weeks, and at all times patients were reminded to keep taking their usual prescribed antihypertensive medications.

This new clinical trial shows Kyolic AGE is superior to placebo in lowering blood pressure, in patients who could not control hypertension by medications and that AGE can serve as an adjunct anti-hypertensive therapy. Previous studies have shown the lowering of blood pressure is a cornerstone in protecting against heart disease and that a drop in systolic blood pressure by five mm Hg lowers the risk of cardiovascular disease by 8–20 percent. Thus, the observed reduction in blood pressure of 10.2 mm Hg, by AGE, offers striking and highly desirable protective measures against cardiovascular disease.

Mechanisms of Action The anti-hypertensive effects of garlic have been linked to stimulation of intracellular nitric oxide (NO), a compound that is produced in the endothelial cells and is responsible for controlling vascular tone and regulating blood pressure. Aged garlic extract enhances the production of NO and improves blood flow in humans. Both AGE and S-allyl cysteine, its most prevalent compound, significantly increased the production of cyclic guanosine monophosphate, a substance that among it many functions acts in blood vessels to relax vascular smooth muscles, leading to vasodilation and increased blood flow. In Conclusion
Hypertension, defined as systolic pressure of 140 mm Hg or above, and diastolic pressure of 90 mm Hg or above should be treated as soon as diagnosed. Garlic has antihypertensive effects in humans and of the various available preparations, including the fresh bulb Kyolic aged garlic extract (AGE) stands out as the most reliable preventive measure and, as shown in the new clinical trial by K. Ried, highly effective as an adjunct treatment to medications in patients who could not control hypertension by medication alone. The antihypertensive effects of AGE are due to its ability to stimulate the blood vessel relaxing factor NO, improve the elasticity of arteries and increase blood flow. The study and its results add to the many other cardioprotective effects of AGE, including reducing blood clotting, preventing coronary plaque formation, as shown by Dr. M. Budoff, lowering oxidized LDL cholesterol and triglycerides (fats that increase the risk of heart attacks and stroke) and reducing homocysteine, another high risk factor, as shown in earlier studies by Dr. N. Ide and colleagues. Millions of Americans prefer to get their daily dose of garlic in supplement form; of the many products on the market AGE has proved the most popular and as shown in the new clinical trial and in earlier studies, highly effective in protecting health by its preventive and therapeutic effects.
Heart disease hypertension high blood pressure AGE Garlic