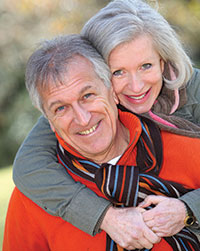 The good news? Natural herbal remedies can be far more effective than medications—without the safety risks and at lower cost.

An overview of the problem Many adults suffer from arthritis and other aches and pains. Arthritis NSAID medications such as ibuprofen are in very common use. The use of these arthritis medications increased after research showed that Vioxx increased heart attack risk (it was pulled from the market because of this). Unfortunately, this was like "jumping from the frying pan into the fire."

Research3 has also shown that arthritis NSAID medications cause over 16,500 U.S. deaths a year from bleeding ulcers, added to a doubling of heart attacks/vascular disease (the number one killer in the United States). This is a big deal! Now the INVEST study has shown that in adults who already have high blood pressure and heart disease, being on arthritis NSAID medications more than doubled their risk of heart attack.

Basically, I suspect that arthritis medications may be responsible for over 30,000 United States deaths a year! The good news: These are largely preventable.

You can be pain-free without the medications! Should I stop the aspirin Ifm taking for heart disease?

Absolutely not! For those with known heart disease, taking one aspirin a day is a very good idea and does not carry the same risks.

I've been on arthritis medicine for decades. Is the risk reversible?

Fortunately, although this needs to be studied further, the research we have suggests that the answer is yes; the risk can be reversed as the person comes off the medications. I say this because this same risk can occur with very short-term use of ibuprofen immediately after a heart attack (within 37 days). This suggests the heart attack risk is not increased by causing increased blockages in the arteries, but rather by changes in blood clotting and perhaps blood vessel spasm. These types of changes go away soon after the medication is stopped. So that is encouraging.

Should I stop the arthritis medication and just be in pain?

No, it is not healthy to be in pain. Do not change any medications without your physicianfs approval. What you can do in the interim is to take simple measures to decrease your arthritis pain. That way, during your next visit, you can let your doctor know that the arthritis pain is much less and ask if you can stop the medications, using them only if needed. Your doctor will very likely say of course. If not, let them know your concern based on the studies we noted above, so they can explain to you why you still need the medication.

So here's what you can do to get pain free—without the medications.

1. Knowledge is power. Herefs a secret most physicians don't know. Once arthritis pain has been treated for three to four months, and the pain settles down, the pain usually stays gone. It is like putting out a fire. Once the fire is put out, you can put away the fire extinguisher. This applies to both medications and natural remedies. So once a person has been on their arthritis treatments for three to four months, very often the medications and other treatments can simply be stopped, and then used on an as-needed basis. In the INVEST study, intermittent NSAID use did not carry the high risk of chronic use.

2. Natural remedies can be far more effective than medications. These include(but are not limited to):

c. Boswellia (more commonly known as the biblical herb Frankincense) 1,000 .2,000 mg a day. This dropped arthritis pain by an astounding 90 percent after just eight weeks in one arthritis study.4

D. Curcumin (the yellow spice in Indian food found in turmeric). This herb has the added benefit of protecting against Alzheimerfs disease (Alzheimerfs is two-thirds less common in many parts of India than in the U.S.). Curcumin is poorly absorbed unless it contains the essential oils, so I only use supplements that have the very highly absorbed BCM 95 form of Curcumin.

All four of these can be taken together, and even along with your arthritis medication, though I find any one of the above to be as, or more, effective than the NSAID medications. Give these six weeks to work, and then most of you will find your arthritis is much improved.

E. Exercise: Walking is associated with a marked decrease in knee and hip pain.

F. Stretching: Reclaim your "range of motion." Sometimes flexibility decreases as arthritis pain limits your participation in activities. Stretching restores function. If it hurts when you stretch your fingers or other joints, a simple trick can help. Warm the joints with a hot compress, or one of the herbal microwave packs you can find online or in health food stores. After 5—10 minutes of warming, it will be much easier to stretch your joints.

Tight muscles all over? Take a leisurely soak in a hot Epsom salt bath. Simply add two cups of low-cost Epsom salts (magnesium salts; find them at your local supermarket or drug store) to your bath. Your muscles will soak in the magnesium, which is your body's natural muscle and nervous system relaxer. While soaking, you can feel the pain and muscle tightness flowing right out of your body. An added benefit; magnesium helps protect the heart and improves heart function—making it a healthy and low-cost way to feel much better!