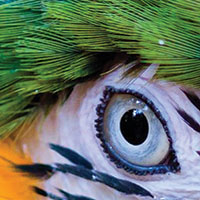 Dr. Weston Price practiced dentistry over seventy years ago in Cleveland, Ohio. His techniques and knowledge of a whole approach to health were years ahead of his time not only as far as dentistry, but regarding medicine in general. Consequently, he became a popular and influential dentist as well as Chairman of the American Dental Association's Research Department. He is also known as the father of nutrition.

Curious as to the exact cause of cavities and malformed dental arches that resulted in crooked, overcrowded teeth, Dr. Price began investigating a potential connection to diet and nutrition. Microscopes and laboratories were devoid of the answers he searched for. Dr Price felt that the most logical way to research was to observe different cultures. It was necessary to compare those societies that ate modern diets consisting mostly of processed and refined foods such as white flour products, sugar, white rice, canned foods, and fats with those that regularly consumed a more nutritious diet, and where most of the food was grown locally.

Over a ten-year period, Dr. Price traveled worldwide to accomplish his mission. He observed several primitive or non-developed cultures that had no contact with "civilization," to learn, in depth, their health habits and physical development. During those years he studied, took photographs and described his findings about Swiss villagers, Irish fisherman, Eskimos, Indian tribes in Canada and the Florida Everglades, South Sea Islanders, Aborigines in Australia, Maoris in New Zealand, Peruvian and Amazonian Indians, as well as tribesmen in Africa. Dr. Price documented his findings and startling conclusions in his book Nutrition and Physical Degeneration. Weston Price is still regarded today by many nutrition researchers as the "Charles Darwin" of nutrition. And his book provides the origins and background of the relationship between the foods we eat and our health.

Dr. Price found that in the groups of people that did not live the fast-paced life or eat the processed foods typical of modern culture, rarely was there any tooth decay in children, dental crowding of teeth or malformed jaws. Crowding of teeth and malformed jaws resulted with the specialty we call Orthodontics, which focuses on correcting misaligned teeth.

In our modern society, adults are not the only ones at higher risk of disease from eating poorly; children are becoming increasingly obese and showing signs of diabetes as well as gum disease, normally not seen in the young. Soft drinks have replaced water and milk. Drinking sodas is the equivalent of bathing the teeth with sugar and acid. Many people have become addicted to soft drinks; it's become like a drug. A habit that's hard to break. Here are some startling statistics:

The same practical, common sense rules that apply to why poor diet and eating habits are detrimental to general health should be used for oral health. Foods that lower the quality of our lives and increase the risk of disease do the same for tooth decay and gum disease. This is why the mouth can truly be a microcosm of the body as a whole, because it gives us a bird's eye view of the inside of the body.

Studies show that if we eat sugar with a meal, it's less damaging to the teeth than eating smaller quantities of sugar all day long. Unfortunately, we are constantly tempted with the abundance of types of food available that contain hidden sugars. And we tend to eat more for emotional reasons than to satisfy physical hunger. Food has become a poor substitute for emotional nourishment, and the types of food that feed our emotions are usually void of healthy nutrients.

Sugar and Your Health

Sugar is responsible for and can lead to tooth decay, obesity, and a weakened immune system. Technically speaking, there are many types of sugars. By far the best known and overused sugar is sucrose, which is found in large amounts in sugar cane and sugar beets. Those five-pound bags at the grocery store with the beautiful white crystals are pure sucrose, and that's what everybody refers to as just plain table sugar.

Maple sugar is the sucrose-rich sap of the maple tree. Other common sugars are the fructose in ripe fruits and the lactose in milk. All sugars are sweet and fructose is even sweeter than sucrose.

Corn sweeteners have replaced sugar in most American prepared foods ever since it became politically incorrect to use Cuban sugar. While ripe ears of sweet corn contain some sugar, that is not the source of the corn sweeteners that you see on food labels. These sweeteners are made by using acids and enzymes to break down the cornstarch molecules which are made up of thousands of sugar molecules all joined together. In the body, most starches and sugars are further broken down into glucose, a fundamental sugar that can go directly into the blood stream and is our major source of energy.

Honey contains 40 percent sucrose (table sugar) and 60 percent fructose (fruit sugar). Because honey is sweeter than just table sugar, often less is used in a recipe; for example 3/4 cup of honey is the equivalent of one cup of table sugar.

Aspartame is made up of two amino acids, aspartic acid and phenylalanine. NutraSweet is the brand name of aspartame. A quart of diet cola contains about 100 milligrams of aspartame. Sorbitol and mannitol are sugars derived from alcohol. They are converted to fructose and glucose. They are low in calories, but if large amounts are ingested, they may produce a laxative or gaseous effect.

Saccharin has been controversial for many years. Studies have shown that it may cause bladder cancer. It is banned in Canada, but the Food and Drug Administration has approved it, albeit with a warning on the label indicating that saccharin may be hazardous to your health.

Stevia is a natural, non-caloric sweetener derived from a shrub in South America. It's about 300 times sweeter than table sugar. It has yet to be approved by the U.S. Food and Drug Administration (FDA) as an artificial sweetener because little is known about its long-term effects. Canada and the European Union (EU) do not allow stevia as a food additive. However, it has been used since the 1970s in Japan and other regions of the world. In the United States, stevia is sold only as a dietary supplement. It's not recommended for pregnant and breastfeeding women due to lack of information.

In general, the use of sugar, whether white, brown, powdered, raw, artificial or in the form of honey, should be limited in your diet. Organic sugar or honey is the best form to use, since it has not been processed with dangerous chemicals or stripped of all its nutrients. All artificial sweeteners should be avoided.

At its most basic level, as the saying goes "we are what we eat," and poor oral health often begins with what we put in our mouth as food. Our choices clearly aren't always wise. In fact, an estimated three out of four Americans suffer from gum disease—a problem largely based on poor diet.

Healthy snacks for healthy mouths
The following are simple snacks to help feed your soul and your tummy:

Teeth—Love Them, or Lose Them

Picture a ghouse of cards.h Removing the good nutrition card at the base can make the whole assembly topple. Studies now indicate that poor nutrition can increase the production and secretion of stress hormones (glucocorticoids) and lower the secretion of insulin, among other hormonal changes. Stress plays an important role in a variety of illnesses as well as dental diseases. When people are under stress, they produce less saliva, which is very important to preventing tooth decay and gum disease. Poor diet also impact the level of the hormone glucocorticoids in the gums, so that gum tissue is unable to fight off inflammation. As a result, chronic gum inflammation fatigue and a general feeling of ill health overcome your body.

So the questions have to be asked: why is it that with the abundance of food and information on health available today, we still make poor choices? Why is it that having the ability to choose how and what we eat, and with the relative ease of choosing common sense healthy meals, we still decide not to exercise control and instead eat poorly? Why is it that we donft take care of our bodies the same way as we do the other things that are important to us?

Each of us has been gifted with one body and one mouth. Replacements are unavailable in this life. Each of us is capable of accomplishing anything we want in life, especially in America. By knowing that we can, and imagining what is possible, each of us is capable of becoming a healthy, happy person. Eating well is a vital part of staying healthy. Take a counter-offensive approach. We are surrounded by so many foods that are not healthy. Eat organic when possible. Take the simple steps towards modifying poor eating habits, so that you can make a major impact on your overall health. 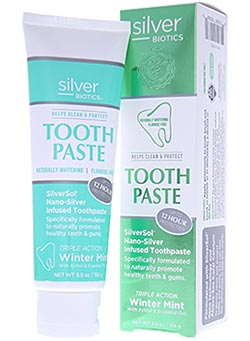