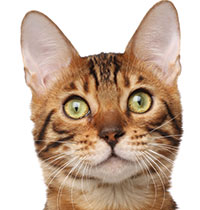 I consider the benefits of most medications used to lower cholesterol (called “statin medications”) to be modest at best in those without known heart disease (called “primary prevention”). These medications lower heart attack death risk by less than two percent. To put this in perspective, having optimal thyroid levels, even when normal, is associated with a 69 percent lower risk of heart attack death. Even owning a cat is associated with a 30 percent lower risk. Despite these minimal benefits, the relatively high expense (costing the health care system over $12 billion a year), and the aggravating pain and fatigue that accompany their use in some patients, they are being heavily pushed — even being heavily marketed to pediatricians now.

I suspect this would not be happening if the medications were not so profitable, as controlling high blood pressure, decreasing excess sugar intake, exercising, stopping smoking and even eating fish are likely more heart protective than the medications — but simply less profitable.

A 2010 meta-analysis using data from 13 clinical trials with 91,140 participants shows these medications are associated with a nine percent increased risk of developing diabetes.1

It is a good idea, of course, to follow your doctor’s advice. But it’s also okay to recognize that they are being targeted with massive amounts of drug company promotion, including conferences described by some as “advertisements masquerading as scientific activities.”

If you have a known heart problem, the benefits of these medications go way up. If not, it is okay to ask your doctor if improving diet, avoiding sugar, exercising, eating oily fish (tuna and salmon 3–4x week) and stopping smoking may be more beneficial.