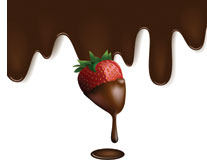 The truth? Do the things that feel good, and you may live longer!

When making the choices needed to optimize health, it is critical to have accurate information. Otherwise, our diet and lifestyle sacrifices, for which we sometimes give up things we enjoy, may kill us instead of helping.

Because of this, I would like to look at common, and simply wrong, medical myths about things we avoid for our health, and then let’s look at what the science really shows. Along the way, you may find you get to enjoy your pleasures again — guilt free!

Let’s examine 6 medical myths, along with my “bust” for each of them!

Medical Myth 1: Skinny People Live Longer
Being overweight won’t kill you — it may even help you live longer. That’s the latest from a study that analyzed data on 11,326 Canadian adults ages 25 and older who were followed over a 12-year period. The report, published online recently week in the journal Obesity, found that, overall, people who were overweight but not obese were actually less likely to die than people of normal weight. By contrast, people who were underweight were more likely to die than those of average weight. Their risk of dying was 73 percent higher than that of normal weight people, while the risk of dying for those who were overweight was 17 percent lower than for people of normal weight. The finding adds to a simmering scientific controversy over the optimal weight for adults.

Medical Myth 2: Salt is Bad for You
That myth has been well busted. Repeated studies show that people with higher salt intakes live longer.

Medical Myth 3: Oily Food is Bad for You
This depends on the kind of fat. Trans fats (added to many processed foods — especially margarine, which was touted as more “heart healthy” than butter) is a major killer. Butter is much healthier.

Fish oil is especially healthy. Fish oil deficiency is the 6th leading cause of death in the U.S. Omega-3 deficiency is the sixth biggest killer of Americans and more deadly than excess trans fat intake, according to a new study. The Harvard University researchers looked at 12 dietary, lifestyle and metabolic risk factors such as tobacco smoking and high blood pressure and used a mathematical model to determine how many fatalities could have been prevented if better practices had been observed. The study, jointly funded by the Centers for Disease Control and Prevention (CDC) through the Association of Schools of Public Health, drew on 2005 data from the U.S. National Health Center for Health Statistics. They determined that there were 72,000–96,000 preventable deaths each year due to omega-3 deficiency, compared to 63,000–97,000 for high trans fat intake.

Medical Myth 4: Eggs Raise Cholesterol and are Bad for You
Over 6 studies (at my last count) showed that eating 6 eggs a day for 6 weeks had no significant effect on cholesterol levels. Meanwhile, eggs are the best (most complete) protein source available — short of being a cannibal and eating other people!

The truth? Do the things that feel good, and you may live longer!

Medical Myth 5: Chocolate is Bad
Dark chocolate has been shown to be high in antioxidants and offers numerous health benefits. Simply enjoy it in moderation.

Medical Myth 6 (the Most Deadly Myth): Avoid Sunshine
This especially dangerous piece of medical mal-advice is causing an epidemic of vitamin D deficiency, and is estimated to be causing 85,000 excess cancer deaths a year in the U.S. Vitamin D deficiency also contributes to obesity, and numerous other medical problems. The proper advice? Avoid sunburn, not sunshine!

The Overriding Fallacy?
The great fallacy is that things that make you feel good are bad for you. I suspect it is quite the opposite, and that these are the things that are GOOD for you! Listen to your body, and see how you feel overall with different pleasures. If they leave you feeling better overall long term, I suspect that odds are they are beneficial. I trust what our body and feelings tell us much more than the busted myths put out by our usually well meaning, but our often wrong, medical system.