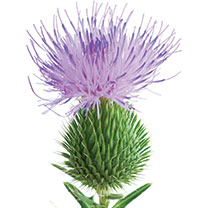 In the last column we discussed the role of probiotic bacterial species in the treatment of Candida overgrowth. We learned that there are hundreds of species of beneficial bacteria that live in the intestinal tract. We learned that these species work synergistically together amongst themselves and with our immune system to digest food and to protect us from bacteria, viruses, and other microorganisms. We learned that a good probiotic should contain multiple strains of bacteria, as opposed to just one or two strains. Finally, we learned that a good probiotic should be tested to ensure it contains the active cells it claims. In this column, we will investigate the role of detoxification during Candida overgrowth treatment.

We learned in the first article in this series that Candida is a yeast that naturally lives in several locations in the human body like the skin, genitourinal tract, and digestive tract. The problem with Candida is not its existence but when it overgrows its natural territory and overpopulates the body. Candida cells are highly metabolically active, which means they consume a lot of fuel and create a lot of waste. When there is an overgrowth of Candida in the body there is a coinciding overproduction of waste. This waste needs to be processed and eliminated from the body, which puts a lot of strain on the primary organs of elimination not only during Candida overgrowth but also during treatment.

I recommend supporting the liver, lymphatic system, and bowels to all patients who are treated for Candida overgrowth. I like to use a mix of botanicals, amino acids, vitamins, minerals, acupuncture, and hydrotherapy. In my opinion the most important aspect of detoxification is that the treatments you use actually support the function of the organs that need support. For example, I almost always recommend milk thistle because it promotes liver function and regeneration. I rarely recommend laxatives because they don’t actually improve bowel function. Rather, they fool you into thinking you are cleansing merely because you are going to the bathroom more frequently.

The second most important part of detoxification is ensuring the pace of cleansing is tolerable to your body. During a detox, you should expect to notice signs of increased elimination like increased sweating, urination, bowel movements, skin discoloration amongst others. However, these signs of detox should be mild to moderate and should never feel intolerable or like a flare.

If you think you may have an overgrowth of Candida I highly recommend you work with a professional who is well versed in diagnosing and treating Candida overgrowth naturally. Although many people guide themselves through a “Candida Cleanse,” too many people don’t actually treat it successfully and have to attempt to treat Candida several times before they finally get the job done. This process wastes a lot of time and money and often causes other health concerns from ineffective treatment.

In this series we have discussed many ways to treat the overgrowth of Candida. The purpose of this article was to highlight the importance of supporting the body’s detoxification processes as a part of the treatment. I find when detoxification is a part of the treatment process patients are less likely to experience a recurrence of their overgrowth because they have dealt with the problem more comprehensively.