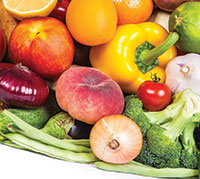 When it comes to carbohydrates, opinions abound. They have been both vilified and promoted as essential dietary components. This dichotomy, however, does not reflect the fact that all carbohydrates are not created equal. Gastroenterologists have coined the term FODMAPs to encompass specific carbohydrates found within many different foods that have greater potential for causing gastrointestinal distress. These carbohydrates can contribute to symptom causation in patients with gastrointestinal disorders such as bloating, irritable bowel syndrome and inflammatory bowel disease.

What are FODMAPs and how do they cause GI symptoms?
The acronym "FODMAPs"– Fermentable Oligo–, Di– and Monosaccharides and Polyols—describes a group of previously unrelated short–chain carbohydrates and sugar alcohols. These include fructose, lactose, fructo– and galacto–oligosaccharides (fructans and galactans) and polyols (such as sorbitol, mannitol, xylitol and maltitol). FODMAPs are poorly absorbed in the small intestine for a variety of reasons. For example, fructose does not move efficiently across the brush border due to poor transport mechanisms across the epithelium.1 Lactase, the enzyme responsible for metabolizing lactose, is reduced in activity after weaning.2 Due to their poor absorption as well as their small size, FODMAPs are osmotically active and increase intestinal water content. They are rapidly fermented by gut bacteria, leading to increased gas production. Greater intestinal water content and gas production leads to bowel distension, which translates into adverse gastrointestinal symptoms such as abdominal pain, bloating and motility changes.3

Where are FODMAPs found?
FODMAPs are found in foods of various shapes and sizes. They can be found in local fast–food joints and packaged foods filled with additives. Processed foods hide FODMAPs well, especially those with added sweeteners. Conversely, they can be found in fresh meals at restaurants and stores catering to health and wellness. Ironically, some of the healthiest foods contain FODMAPs, including certain fruits, vegetables and legumes. Foods with high–FODMAP content include:

FODMAPs and functional gastrointestinal disorders
A low–FODMAP diet has emerged as a key player in the treatment of functional gastrointestinal disorders (FGIDs). FGIDs are the most common gastrointestinal disorders and account for nearly half of all patients with gastrointestinal problems who are seen by doctors and therapists. In these disorders, no structural abnormalities are found by endoscopic testing, imaging or labwork. However, there may be problems with intestinal movement, sensitivity of nerves supplying the intestine, or issues with the way in which the brain controls these functions. Two common types of FGIDs include bloating and irritable bowel syndrome (IBS).4 Patients with these disorders can present with a variety of gastrointestinal symptoms. Unfortunately, current pharmaceutical treatments typically offer only mild palliation for most patients.1 The idea that a low–FODMAP diet can treat FGIDs is intuitive. The majority of patients with IBS report food as a trigger of symptoms.5 The physiologic basis for symptom causation in many FGID is intestinal distension, and intestinal distension can induce symptoms like abdominal pain and bloating. It's important to keep in mind that FODMAPs are not thought to cause the underlying FGIDs. Rather, avoiding FODMAPs is a way to alleviate symptoms from FGIDs.1 Evidence to support use of the low–FODMAP diet in IBS and other functional GI disorders is accumulating. Studies have shown that following this diet can lead to a significant decrease in symptoms in the majority of patients with IBS. Most recently, a high–quality randomized controlled trial published in Gastroenterology reported that a low–FODMAP diet effectively reduced functional GI symptoms and suggested that it be used as first–line therapy in patients with IBS.5 The low–FODMAP diet has already enjoyed widespread application in other parts of the world for FGID including Australia, New Zealand and Europe with good efficacy.5

Is FODMAPs forever?
If your gastroenterologist prescribes a low–FODMAP diet, does this mean you can never eat another FODMAP–containing food again? It's important to remember that FODMAPs do encompass some foods with high nutrient densities. In fact, certain FODMAPs exert prebiotic effects. Prebiotics are nondigestible food ingredients that can lead to improved health. Bacterial fermentation of prebiotics can yield short–chain fatty acids like butyrate, which nourishes the colonic epithelium, favors the growth of beneficial gut bacteria and inhibits the growth of harmful gut bacteria.7 Nectarine, garlic, onion, nuts, legumes, rye and wheat are examples of FODMAPs that function as prebiotics.8 If you are following a strict low–FODMAP diet, you can obtain prebiotics from non–FODMAP foods such as bananas, kale, chard, brown rice and oatmeal. The low–FODMAP diet should be followed for a period of six to eight weeks, after which foods with the highest nutrient densities should be slowly reintroduced in small quantities with monitoring for tolerance. These foods include fruits, vegetables and legumes.

What steps can you take to decrease FODMAPs in your diet? If you have functional gastrointestinal symptoms and you are prescribed the low–FODMAP diet, it's important to work with both your physician and nutritionist for proper implementation of this diet. If you are generally in good health with occasional gastrointestinal symptoms such as bloating, you may want to keep an eye on your daily FODMAP intake. Studies have shown that even healthy individuals, when fed a high–FODMAP diet, can develop increased gas production.9 There are a few steps you can take to decrease dietary FODMAP intake: 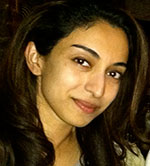 Shilpa Ravella, MD is a gastroenterologist with expertise in nutrition, integrative gastroenterology and women’s health. She received her undergraduate degree in Biology from MIT and her MD from the University of Pittsburgh. She subsequently completed residency at Boston University Medical Center and fellowship at the University of Illinois at Chicago. She is a recipient of the 2013 Crohn’s & Colitis Foundation of America (CCFA) Visiting IBD Fellow Award.