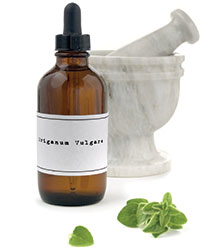 At least a couple times a week a new patient will ask me about Candida. Usually, they say something like, “a friend of mine who had similar symptoms told me they had Candida, how do you treat Candida?” I always answer this question by saying, “first we need to determine if your symptoms are from Candida or something else.” One of the most important jobs of a physician is to make an accurate diagnosis. Once an accurate diagnosis is made we can then move into treating the Candida overgrowth. In this article, we will investigate four nutrients that have been proven to successfully treat Candida.

Undecylenic Acid
Undecylenic acid is a fatty acid that comes from the castor bean. It is a natural anti-fungal nutrient that can be found in many cosmetics, pharmaceuticals, and other personal care products. In a very famous study on denture linings, undecylenic acid inhibited not only the growth of Candida albicans but also prevented it from converting to its hyphal form. The hyphae form of yeast like Candida is more aggressive and symptomatic than the simple yeast form. The properties of undecylenic acid can be used to halt Candida’s growth and conversion to hyphae.

Oregano Oil
Oregano oil is an essential oil from the oregano plant. It has received a great deal of attention recently regarding its immune-supportive properties. One of the uses of oregano oil is with the treatment of Candida overgrowth. In a 2002 study, oregano oil was able to inhibit the growth of Candida albicans by 50–75 percent.

Berberine
Berberine is an alkaloid found in a few different botanicals like Oregon grape and Goldenseal. It has a long track history of use with bacterial and viral infections. Recent research has also shown its ability to treat Candida overgrowth. In a 2009 study, low concentrations of berberine almost completely halted the growth of Candida while high concentrations completely inhibited its growth.

Clove Oil
Clove oil is as it sounds the essential oil derived from cloves. Like most essential oils it has been used traditionally as an anti-viral and anti-bacterial. However, recent research has shown that clove oil can cause damage to the cell membrane of many yeast species including Candida albicans. The study also showed that clove oil had a near complete inhibition of germ tube formation, which means it stops the growth of Candida.

Conclusion
These nutrients all have very good research behind them. I typically use them in a combination supplement in conjunction with an anti-Candida diet, detoxification support, and probiotics. In next month’s article we will discuss the use of probiotics to treat Candida overgrowth.