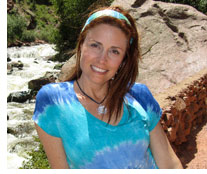 TWIP: Suzy please share with our readers, who is the woman known as “America’s Most Trusted Pharmacist”?

SC: I’ve been a licensed pharmacist for over 22 years and I am able to share the pros and cons of medication use as well as offer natural substitutions for most any of your health concerns. I graduated from the University of Florida in Gainesville, Florida in 1989. While I pride myself in ‘thinking outside the pill’ let me just say that I am still very proud to wear my white coat because I realize that there is a time and place for medications. We need to consider all of our options, and often, a combination is best.

I’ve spent the last 13 years writing a syndicated column called “Dear Pharmacist” which focuses on health and explores the use of natural supplements, as well as the safe use of medications if you are taking them. This has been printed in many newspapers nationwide. You might say I’m the Dear Abby of health. My syndicated column reaches millions of people each week via newspapers, magazines and Internet health sites like Huffington Post, Lifescript, Livestrong. You can receive my syndicated column for free to your email by subscribing to my health newsletter off the home page of my website.

Most recently, I have appeared on the “Dr. Oz Show,” “Good Morning America Health,” “The 700 Club” and “The View.” I have a syndicated TV spot on the most widely viewed health show in America, “Know The Cause.”

I’ve been asked how it is that I (as a licensed pharmacist) am able to offer such a unique perspective about health, and relay information that is not widely known by physicians in my books, and in my column. It takes dedication and constant research. I belong to some of the most prestigious health organizations in the world:

Sometimes, when I attend their meetings, I am the only pharmacist in the entire room of thousands of physicians who have flown in from all around the world! That is a thrill, as I am intellectually insatiable, and want to bring YOU the most current, cutting-edge health information in the world:

TWIP: What inspired you to think outside the pill and write about holistic natural options?

SC: When I graduated in 1989 from the University of Florida College of Pharmacy, I could rant about every drug on the market and the next best one coming out. Natural medicine was as far away a concept for me as Zimbabwe!

As a young impressionable pharmacist, I was sensitive to the fact that many of the medications I dispensed from my pharmacy came with side effects. Sometimes, the side effects were worse than the actual problem. To give you an example, a person would take a pill for their blood pressure, and they would become so dizzy that they fell down and broke a hip. With muscle relaxants, a person could become so drowsy that they sleep for six hours after every dose. Quite frequently, I would hear of pain pills causing severe constipation and nausea. The list goes on.

I had been working in nursing homes for seven years and noticed most of the people that checked in for rehabilitation, did not leave. Their condition would decline, despite the powerful arsenal of meds that I could suggest for them. Simultaneous to my discovery that medications may not be what they’re cracked up to be, my husband was facing what appeared to be a very serious neurological condition. He dealt with chronic, disabling headaches, painful pins and needle sensations, brain fog and terrible digestive issues. For years, he was bounced around to different doctors and the most powerful medications they prescribed did nothing to relieve him. It was a combination of what I was seeing happen professionally at work, compounded by what was taking place in my own living room. Tat cost me to start to think outside the pill. In other words, there had to be more than medications to fix a problem, because they either didn’t work (in the case of my husband) or they work and cause unwanted, uncomfortable or dangerous side effects. Either way, as a young woman, I was determined to learn about other ways to make people feel better, ways that didn’t include miserable side effects.

During this time, I became aware that medications are fantastic at relieving symptoms temporarily—and we certainly need those—but the human body and millions of biochemical reactions are driven by vitamins and minerals, among other things. The best way to treat an underlying disease is to find out where the imbalance is and fix THAT. In the case of my husband, after years of suffering that we discovered he had a leaky gut, and was allergic to gluten, the protein in wheat. The symptoms he was experiencing, and being medicated for responded, and improved or vanished literally within a year of changing his diet and replenishing his body with missing B vitamins, minerals and healthy protein. Ever since, he has remained gluten-free and continues to feel well, no thanks to the surgery and harsh treatments he endured during those early years. So I have been on a mission for the last 13 years to help others who want to live a better life. The power of healing does not always lie in a prescription pad, sometimes it’s just a dietary change or a supplement away! People should keep an open mind.

TWIP: Please share some more information about natural medicine and its uses?

SC: Natural medicine has been around for eons. The flowers, shrubs and weeds that grew a millennia ago, are still with us today regardless of the harsh climate and changes on the planet they have endured. Still, they provide us with healing benefits that can help people. One primary mechanism of action is the ability for some natural compounds to sweep away free radicals which damage cells.

Your cells take millions of hits a day in terms of free-radicals. You can look at the effects of free-radical damage in any smoker (or sun-worshipper) and look at their skin. Compare it to yours. Two people that are the same age could look 20 years apart, and if the skin is showing this accelerated aging, you bet your vital organs like your prostate, heart, brain, liver, lungs and pancreas are showing some damage too. Free radicals come at a high cost, your life! The best way to protect yourself from free-radical assault is to AVOID the problems in the first place. If it’s too late to avoid them (i.e., years of bad habits) then I feel that taking strong antioxidants such as resveratrol, spirulina, curcumin, (discussed below) vitamin D and D-glucarate are crucial. These supplements can help protect your vital organs and reduce systemic inflammation and pain.

Spirulina: Spirulina is supercool, and it’s a superfood. It’s actually algae that grows in our oceans, springs and lakes. If you viewed it with a microscope you would see beautiful bright blue-green spirals, for which it is named. Spirulina is a single-cell organism that is capable of turning sunlight into energy, and it has been on earth for eons. Spirulina has been studied and found to reverse chronic fatigue, reverse iron-deficiency anemia and correct hypothyroidism. Spirulina contains minerals, chlorophyll and B vitamins and so it is particularly helpful for people with allergies, pollen, hay-fever, frequent infections, vision loss and diabetes. Neuropathic pain or heavy metal burdens (lead, mercury, arsenic): Spirulina is a chelator and might help rid the body of these toxins. It helps with type 2 diabetes because Spirulina protects the pancreas and insulin-producing cells so it might be able to help prevent or reverse diabetes.

Resveratrol: Found largely in the skin of red grapes and therefore, it occurs naturally in purple grape juice and red wine, this herb is so powerful that it can make cancer cells give up their quest and commit suicide in your body. That’s good, you want cancer to retreat. Studies show that resveratrol activates a gene in your body called PGC-1 alpha which helps you burn fat and sugar, while also increasing feelings of well-being. Resveratrol is an anti-aging supplement; it basically turns back the clock and offers the body powerful antioxidant benefit, particularly for the brain, heart and pancreas. Resveratrol is also an antioxidant so it sweeps away damaging free radicals. In animal studies, resveratrol was able to halt cancer.

Curcumin: A popular spice in Indian cuisine that has been shown to inhibit tumor formation is turmeric’s major extract called “curcumin.” It helps with liver detoxification. In India’s system of Ayurvedic medicine, turmeric has long been praised (for thousands of years) because it is a key balancer and detoxifying herb. In Indonesia’s traditional medical system known as Jamu, turmeric is called the “Queen” of all herbs. No matter where in the world you live, one thing holds true, curcumin is a powerful pain-reliever, anti-inflammatory and anti-aging herb. It’s a strong cancer-fighter and it works by shutting down production of nuclear factor kappa β (NF-kappa β), an enzyme system that normally promotes inflammation/pain by sparking production of this other chemical called TNF (tumor necrosis factor). In summary, I think this beautiful turmeric extract is able to dampen down your body’s production of dangerous cancer-causing/inflammatory chemicals thus, it helps to lower the risk of cancer in both men and women.

TWIP: Thank you Suzy for sharing your time and valuable information with us.