An international group of researchers did all males—and their doctors—a great service by showing that the combination of erectile dysfunction (ED) and arterial disease (CVD) is potentially lethal. In short, the presence of both puts you at higher risk for death from all causes and also increases the chance of cardiovascular death, heart attack, stroke and heart failure hospitalization.

The 2010 study was the first to show that ED is a strong predictor of death and cardiovascular outcomes. It involved more than 1500 men in 13 countries, and found that men with CVD and ED (compared to those without ED) were twice as likely to suffer death from all causes and 1.6 times more likely to suffer the composite of cardiovascular death, heart attack, stroke and heart failure hospitalization.

The take-away message is this: if you go to a general practitioner or a urologist for ED be sure to get a cardiovascular workup as well.

The study’s lead author, Michael Böhm, MD, head of the internal medicine department at Germany’s University of Saarland, had this to say: “Men are being treated for the ED, but not the underlying cardiovascular disease. A whole segment of men are being placed at risk. If a man has erectile dysfunction, then he needs to ask his physician to check for other risk factors of cardiovascular disease.”

I say amen to that.

In my cardiology practice, I often heard complaints from men about ED and that’s because the nature of vascular disease is diffuse. It is not limited to the coronary arteries. Typically it is also present in the legs, the brain, and even the penis. ED is closely associated with the same kind of damage and dysfunction to the delicate lining of blood vessels that occurs in atherosclerosis and the build-up of plaque that precedes heart attack and stroke.

Many men get a prescription from their doctor to cope with the performance aspect of ED. But there are other options for the aging male.

A 2012 article in the International Journal of Impotence Research impressed me because it emphasized weight loss, improved antioxidant status through diet and supplementation, reduced sugar, and physical and penile-specific exercises. 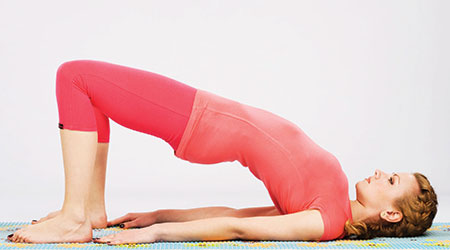 Such lifestyle modifications, said David Meldrum, MD, and colleagues from UCLA and the University of Naples, can be integrated into any comprehensive approach to maximizing erectile function because they result in “greater overall success and patient satisfaction, as well as improved vascular health and longevity.”

Oxidative stress and inflammation are major causes of blood vessel damage and cardiovascular diseases, including ED. They disrupt the production of nitric oxide (NO), the chemical produced by blood vessels that contribute to their health and ability to dilate. They also contribute to insulin resistance. Men with ED have decreased levels of NO and increased levels of markers of oxidative stress and inflammation, factors that worsen with age. Lifestyle can counteract this pattern in the following ways, the researchers said:

In an interview on his research, Dr. Meldrum contended that exercise is the “single-most important modality to improve erectile function and cardiac health.” In my own practice, I repeatedly saw the benefits of exercise for aging men. Exercise is terrific for the heart, as most everybody knows, and it is also good for the pelvis as well, something that most men don’t know. I used to see so many men in their 40s, 50s, and 60s with big bellies, metabolic syndrome, insulin insensitivity, and hypertension. Their testosterone and libido were down in the dumps. The best thing for them was exercise.

I also remember one heart patient who came to see me and was doing really well. His testosterone had soared. I asked him if he was taking any testosterone.

“No,” he said, “I’m walking and skipping every morning.” He would walk along a golf course for maybe a tenth of a mile, and then skip for a 100 yards or so, and alternate like that. That’s right; skip like you did when you were a kid. He was a smart guy, and knew he was not only helping his heart but his sexuality as well.

Dr. Meldrum and his associates have created a fascinating educational website dedicated to erectile health (www.erectile-function.com), and features a potpourri of practical steps for reversing ED, including pelvic floor exercises. The exercises were originally designed by researchers in England to stop post-void dribbling among men and were found to also improve erectile function.

According to the website, the British researchers found that the exercises work even for severe ED, and claimed similar effectiveness as Viagra. The website also offers a book entitled Survival of the Firmest, by Dr. Meldrum’s team, with an introduction by Louis Ignarro, PhD, professor of pharmacology at UCLA who was a co-recipient of the 1998 Nobel Prize in physiology for his research on nitric oxide.

Over the years I have recommended “the bridge,” a yoga pose that helps strengthen the back, gluteus muscles, and the pelvic floor. It’s quite easy to do. You lie on your back, bend your knees, and plant both feet together and as close to your butt as possible. Arms are alongside your body, palms down. Press your feet, arms, and shoulders against the floor, and lift your hips upward. Squeeze your buttocks and try to hold for a few seconds. Slowly build up your holding time. Give it a try, but don’t do it if it is a strain.

Also a strategy definitely worth pursuing is Earthing, the subject of a book I co-authored in 2010. Earthing refers to major health benefits as a result of contact with the natural, gentle electrical energy on the surface of the Earth. You can absorb this healing energy, and doing yourself a big favor in the process, by regularly walking or sitting barefoot outside (on grass, sand, or any earthy terrain) or indoors sleeping, working, or relaxing in contact with a special Earthing sheet or mat that conducts the Earth’s energy. What happens is the Earthing, also called grounding, reduces inflammation and pain in the body and also promotes better circulation and energy. For more information about Earthing, please visit my website www.heartmdinstitute.com

Dr. Sinatra is a board-certified cardiologist and certified bioenergetics analyst who also uses complementary nutritional and psychological therapies at his New England Heart Center in Manchester, CT. He is the author of Lose to Win: A Cardiologist’s Guide to Weight Loss, Optimum Health, The CoenzymeQ10 Phenomenon and, Heart Sense for Women, published by LifeLine Press.