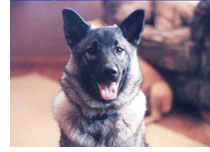 L-carnitine—its advantages in companion animal nutrition— most people don’t realize that the heart obtains 70–80 percent of its energy from fat breakdown. The fundamental role that L-carnitine plays in energy metabolism, together with the dependence of the heart on fatty acid breakdown for energy production, make L-carnitine a crucial component in maintaining a healthy heart.

Over the last decade consumers have become increasingly attracted to taking better care not only of themselves but also their pets. In fact, pet owners are focusing as much time on their pet’s nutritional programs as they are on their family’s, with one goal in mind: improving the overall health of their pets, including their extension and quality of life. In knowing this, pet food manufacturers are constantly examining new novel ingredients to improve the overall health of pets. One such ingredient that has received much attention of the last 5 years is L-carnitine.

L-carnitine is a vitamin-like compound that is widely utilized in both the human and animal nutrition fields. Its primary function is to transport long chain fatty acids across the mitochondrial membrane into the mitochondria so they can be broken down through a process called ß-oxidation. L-carnitine appears to be particularly important when the production of energy relies to a large extent on ß-oxidation of fatty acids. With this in mind, clinical studies support the need for supplemental L-carnitine in pet food diets targeted for the following applications.

Weight Management:
Overweight and obesity are increasing at an alarming rate in both human adults and their pets. It has been estimated that more than 50 percent of U.S. adults and 40 percent of dogs and cats are currently overweight. This is where L-carnitine comes as good news as it helps promote a healthier body weight and favors muscle (lean tissue) deposition.

Heart Function:
As a normal structural component of the heart, L-carnitine supports healthy cardiac function. Most people don’t realize that the heart obtains 70–80 percent of its energy from fat breakdown. The fundamental role that L-carnitine plays in energy metabolism, together with the dependence of the heart on fatty acid breakdown for energy production, make L-carnitine a crucial component in maintaining a healthy heart.

A recent survey of U.S. grocery brands showed that L -carnitine levels in almost all dry and canned dog and cat food was 1–7 percent of the level in raw ground beef. To overcome this potential deficiency, supplemental L-carnitine can be incorporated in food formulation treats or as a stand alone powder that can be added to food.

Liver Function:
As a normal structural component of the liver, L-carnitine supports healthy hepatic function. In healthy animals the liver maintains a balance between lipids entering the liver through diet and metabolic processes and lipids removed from the liver by ß-oxidation or exportation to other tissues. L-carnitine is required for these metabolic processes. In many disease states, as well as in pregnancy and lactation and during food deprivation, the quantity of fatty acids reaching the liver increases due to the increased breakdown of body fat. If there is a deficiency of L-carnitine, these fatty acids cannot be efficiently processed and causes lipid to accumulate in the liver cells (hepatic lipidosis). In humans this can result in severe hepatic failure.

Growing Animals:
The ability to synthesize L-carnitine is still under developed in young puppies and kittens and therefore, the maternal milk contains large amounts of L-carnitine in the first days of life. In addition, L-carnitine supplementation has been shown to affect muscle and bone mass as well as bone density in growing large breed puppies.

Performance Animals:
Fat and carbohydrates are the primary fuels used to meet the energy demands on physical exercise. In addition to supporting the cardiovascular system and promoting a healthier weight, L-carnitine’s fundamental role in fat metabolism may result in multiple benefits for animals used for work and sporting purposes.

Sources of L-carnitine:
L-carnitine is supplied to the pet’s body through both endogenous synthesis and food intake. Although healthy dogs and cats have some ability to endogenously synthesize L-carnitine, and small amounts are supplied by dietary means, supplementation is required to help optimize L-carnitine’s health benefits.

Natural Levels of L-carnitine in Pet Foods:
Most pet foods are relatively low in L-carnitine due to the types of ingredients used. L-carnitine occurs naturally in both plant and animal origin foods with animal foods containing greater amounts of L-carnitine than those of plant origin. However, there is a common concern that compared to uncooked “natural” foods, such as raw ground beef or mouse carcass, many pet foods have a low content of L-carnitine due to losses in washing, freezing and cooking of raw ingredients. Because L-carnitine is water soluble, a significant amount of the total L-carnitine is leached from tissues and lost in ingredient processing. A recent survey of U.S. grocery brands showed that L-carnitine levels in almost all dry and canned dog and cat food was 1–7 percent of the level in raw ground beef. To overcome this potential deficiency, supplemental L-carnitine can be incorporated in food formulation treats or as a stand alone powder that can be added to food.

L-form vs. D-form:
Carnitine can be obtained chemically in the D-or L-form. Only the L-form is metabolically active and of nutritional value. The D-form can actually be harmful. D-carnitine competitively inhibits the transport of L-carnitine in the cell. D-carnitine is responsible for muscle weakness and cardiac arrhythmias in some patients given racemic D, L-carnitine. D-carnitine is not just an inert substance but a potentially toxic impurity.