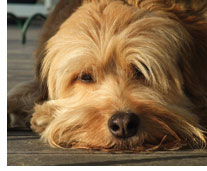 Vitamin D (a fat-soluble vitamin) is needed for proper absorption of calcium and phosphorus from the intestinal tract. It is needed for normal growth and development of bones and teeth, protects against muscle weakness, and regulates the heart. Vitamin D helps prevent hypocalcemia and osteoporosis, enhance immunity, and is needed for proper thyroid function and blood clotting.

Vitamin D in food or supplements is converted into an active form by ultraviolet light from the sun acting on the vitamin D precursor located in the skin, and then metabolism by the liver and kidney.

There are two major forms of vitamin D, and both have the word calciferol in their names (in Latin, calciferol means “calcium carrier”). Vitamin D3 is made by the body and is found in some foods. Vitamin D2 is the form most often added to milk and other foods, and the form most likely to be included in synthetic supplements; it is also the form found in plants.

Vitamin D supplementation is not usually needed as part of a holistic treatment for pets, as vitamin D deficiency is unlikely to occur (unless it occurs as part of calcium deficiency due to the interaction of these compounds). In people, there is reasonably good evidence that the combination of vitamin D and calcium supplements can be quite helpful for preventing and treating osteoporosis (an extremely unlikely disease in most pets). Vitamin D deficiency causes a bone disorder called rickets and osteomalacia. Vitamin D toxicity results in calcification of blood vessels and organs.

Scientific Evidence
Some evidence suggests that vitamin D may help prevent cancer of the breast, colon, pancreas, and prostate, but the research on this question has yielded mixed results. Vitamin D is sometimes mentioned as a treatment for psoriasis. However, this recommendation is based on Danish studies using calcipotriol, a variation of vitamin D3 that is used externally (applied to the skin).

Today, severe vitamin D deficiency in people is rare in the developed world. However, it is sometimes seen in elderly people who don’t get enough sunlight. Marginal vitamin D deficiency may also occur in people who live in northern latitudes and don’t drink vitamin D-enriched milk. Additionally, carbamazepine, phenytoin, primidone and phenobarbital (for seizure), corticosteroids, cimetidine (for ulcers), colestipol and cholestyramine (older drugs used for lowering cholesterol), and the antituberculois drug isoniazid (INH) may interfere with vitamin D absorption or activity.

Safety Issues
When taken at recommended dosages, vitamin D appears to be safe. However, when taken to excess, vitamin D can build up in the body and cause severe symptoms of toxicity. In people, toxic symptoms (ranging from headaches, weight loss, and kidney stone, to deafness, blindness and death) are seen when dosages above 1200 mg daily are taken for long periods of time.

In pets, vitamin D levels should not exceed 10,000 IU/kg of food, although some brands of moist foods exceed this level.

Vitamin D toxicity will not occur when using whole food sources rather than synthetic forms of vitamin D.

In people taking anti-seizure drugs (carbamazepine, phenobarbital, primidone, valproic acid or phenytoin), corticosteroids, Coumadin (warfarin), H2 blockers (Zantac, for example), heparin , isoniazid (INH), rifampin, verapamil, or the older cholesterol-lowering drugs colestipol and cholestyramine, there may be a need for extra vitamin D. The same need may also apply to pets, although this has not been well researched and most doctors do not give additional vitamin D to pets taking these medications.

In dogs and cats, vitamin D toxicity most commonly results from poisoning with vitamin D rodenticides (rat poison). These poisons cause increased levels of blood calcium that can be fatal.