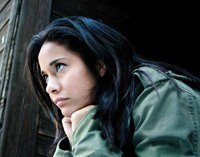 Tryptophan is a naturally occurring amino acid that is best known for its ability to raise mood, improve behavior, and enhance sleep. It is found in the proteins we eat—meat, fish, dairy and certain vegetarian sources. These proteins are broken down into their constituent amino acids which go on to become building blocks for skin, bones, muscles, enzymes and the body’s own chemicals that run our systems. Since it’s an essential amino acid, meaning that our body doesn’t manufacture it, we must obtain tryptophan daily from food or supplements.

THE ROLES OF TRYPTOPHAN
Although tryptophan is one of the least abundant essential amino acids, it is one of the most critical. It serves as a precursor for the production of the neurotransmitter serotonin and the neurohormone melatonin. The positive effects of this process are proven to promote good mood, relaxation, deep sleep, healthy sleep-wake patterns, emotional stability, dreaming, and creative imagination. Tryptophan can also be diverted to produce niacin (vitamin B3), with all it’s vital functions, which we discuss later.

SEROTONIN
Serotonin is considered the “mood neurotransmitter” a chemical messenger in the brain that keeps us emotionally and socially stable. Women often have more problems than men in maintaining their moods since their cycling hormones affect serotonin levels. This would explain the emotional shifts in premenstrual syndrome and, during menopause, when many women experience increased moodiness, irritability, and sensitivity to pain.

MELATONIN
Melatonin is a molecule made from serotonin. It has a significant influence on our hormonal, immune, and nervous systems. Melatonin helps to set and control the internal clock that governs the natural “circadian” rhythm (day and night cycles) of the body, through its sensitivity to light, keeping us “in sync” with the rhythms of nature. Each night the pineal gland produces melatonin, which helps us fall asleep. Then, with morning light, melatonin levels dip, and we awaken refreshed.

Melatonin also has anti-inflammatory effects that can be useful in treating osteoarthritis. Since it both helps improve sleep patterns and relieve pain, melatonin is an ideal supplement for chronic fatigue syndrome and fibromyalgia.

NIACIN
Niacin or vitamin B3 is an essential nutrient in protein, and fat metabolism. It is also needed in the production of serotonin from tryptophan. In the 1950s, Drs. Abram Hoffer and Humphrey Osmond discovered that large doses of niacin were able to reverse acute schizophrenic episodes, and treat seriously ill patients. In fact, it is likely these patients were suffering from pellagra, or niacin deficiency disease, and were showing one if not all of its typical 3 D’s: dementia, dermatitis (eczema) and diarrhea. The mental illness, though, was often the first sign. They treated patients with as much as 3 gm twice daily with excellent results. See Dr. Hoffer’s Adventures in Psychiatry: The Scientific Memoirs of Dr. Abram Hoffer and the DVD with Margo Kidder, in which I also appear, called Masks of Madness (both available at www.orthomed,org).

Dr. Hoffer also discovered that niacin had a cholesterol-lowering effect. This nutritional approach is to this day among the most effective treatments for an unhealthy cholesterol profile.

Elevated cholesterol has been identified as a contributing factor to cardiovascular heart disease, the leading cause of death in America. Niacin is unique in that it plays the dual role of reducing LDL the “bad” cholesterol, and increasing HDL the ”good” cholesterol, improving heart health and longevity. The dose is 500 mg—1 gm twice daily. A harmless side effect is flushing that stops after 30 minutes or so. Another more serious (but uncommon) side effect is liver toxicity especially with the sustained release form of niacin. Many common drugs have liver toxicity as well, so simply exercise caution here. You can substitute non-flush niacin (inositol hexanicotinate), or niacinamide forms of niacin, but they are slightly less effective.

TRYPTOPHAN THE NATURAL PATH
Tryptophan is essential for the production of key neurotransmitters. Many depressed patients have low levels of tryptophan. Researchers have found that when they take depressed patients who have improved and then deprive them of tryptophan, their depression returns. This was demonstrated in a double-blind study at Oxford University’s Department of Psychiatry. Young women with a history of depression were divided into two groups and given a diet either excluding or including tryptophan. Neither the subjects nor the researchers knew who received which diet. At the end of the experiment, 10 out of 15 women on the tryptophan-free diet were significantly depressed, while none on the tryptophan diet were. When the participants in the deprived group were then given a diet containing tryptophan, their depression lifted. I have certainly seen this same response in my own practice, as well.

An adequate supply of tryptophan, combined with B vitamins, is also critical to the chemistry of social interaction. We have seen how tryptophan deficiency leads to depression, impulsivity, and aggressiveness, while tryptophan supplementation is an effective antidepressant. In addition, a recent study showed that healthy volunteers given one gram of tryptophan three times daily for 12 days showed an increase in their self-confidence and sociability and a decrease in quarrelsomeness. Meanwhile, the placebo group showed no such effect. However, once they were given tryptophan, they showed the same positive change.

Tryptophan has also been shown to be effective in treating manic depression and depression associated with menopause. Tryptophan is also a useful and safe pain reliever, in such cases as dental pain, headaches (migraines in particular), and cancer pain. It appears to work by increasing the pain threshold. Other potential uses for tryptophan include in Parkinson’s disease, epilepsy, and schizophrenia, (as discovered by Dr Abram Hoffer).

TRYPTOPHAN VS. SSRIS
A substance natural to the body, tryptophan is considerably safer than the antidepressant prescription drugs referred to as selective serotonin reuptake inhibitors (SSRIs). The predominant brand names are Zoloft, Paxil, Prozac, Celexa, and Lexapro. With total sales exceeding $20 billion annually, the SSRIs are used to treat depression, anxiety, and some personality disorders. While useful for certain patient populations, as with all drugs, they have significant side effects, leading to many individuals abandoning their prescriptions. Certain drugs in the SSRI category are required by the Food and Drug Administration (FDA) to display a “black box” warning, regarding possible suicidal behavior stemming from their use.

While both SSRIs and tryptophan enhance serotonin activity in the brain, their actions differ. By inhibiting the breakdown of the serotonin, the drugs are misdirecting the brain into thinking there is more serotonin, while giving the amino acid is actually restoring needed levels. For more details, see my book, Natural Highs. Why use a drug with its serious side effects when a natural (and much cheaper) product is available, one that solves the problem at its root cause? I certainly follow this principle in my psychiatric practice.

SLEEP STUDY
A recently completed clinical pilot study using Tryptopure™, a very pure brand of tryptophan from Japan, revealed the following benefits. Participants reported significant decreases in the time needed to fall asleep and showed substantial increases in actual sleep time during the night. Participants also reported a significant lowering of the number of times they woke up during the night. Most importantly, the participants of the tryptophan study showed a marked improvement in the ability to function during the day.

Recommended Dosage: For depression or insomnia take 1,000–3,000 mg daily of L-tryptophan, in divided doses, or all at once at bedtime, depending on your response. It is best absorbed away from protein, and with a carbohydrate snack, such as a piece of fruit or fruit juice, plus B vitamins, which are required to convert it to serotonin. A multivitamin should be able to supply the required amount, and can be taken with meals some time that day.