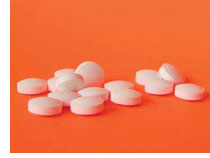 Ah, it was so simple back in 1941. That’s when the first RDA’s (Recommended Daily Allowances) for vitamins came out. Clear little easy-to-understand numbers that let you know how much of a vitamin you needed to prevent a deficiency disease (like rickets or beri-beri). It was the vitamin equivalent of having three television stations to choose from. I like to call it the RDA’s “Minimum Wage Nutrition.”

Then people began to get the idea vitamins might do more than just prevent scurvy and rickets. They might actually have a role in preventive medicine and general health, helping to stave off cancer, heart disease, osteoporosis— actually, just about any condition you can name.

And all heck broke loose.
First we had the revised RDAs which morphed into the RDIs (Reference Dietary Intakes) and the DRI’s (Dietary Reference Intakes). And let’s not forget the AI’s (Adequate Intakes) and the UL’s (tolerable upper limits). My head spins just thinking about it. And like any government approved recommendation, these numbers represented averages and compromises. They changed depending on your sex, your age and whether or not you were pregnant. And there was hardly unanimity of professional opinion about them in the first place.

I thought you should know all that because coming up with a new and improved list of vitamin and mineral recommendations is a job worthy of a Ph.D. thesis. (In fact, it’s harder. One of the brightest nutritionists I know actually tried to do his Ph.D. thesis on creating a consensus for modern vitamin and mineral recommendations and ultimately threw up his hands—it was just too staggeringly difficult a task. I think he ultimately decided to do something a little easier, like astrophysics.)

Even the most brilliant list of new and improved recommendations would have enough asterisks for exceptions, cautionary notes, medical conditions and special cases to make the number of earmarks in the average 900 page congressional bill look like a pittance. Virtually every disease I can think of will have special requirements different from those below (usually higher, but sometimes lower!) Under a lot of stress? It’s a different ball game. Got kidney stones? Heart disease? Liver problems? Cognitive impairment? PMS? Are you breast-feeding? Menopausal? The list goes on. And on. And on.

So with that said, here’s my best guess about how to put together a daily vitamin and mineral regimen for general health. I’ll leave out the asterisks, but understand that everyone is different and different conditions or situations demand different combinations. I’m also leaving out the tremendous number of herbal remedies that might be useful, but I’ll throw in a couple of “designer nutrients,” some trace minerals and an herb or two that aren’t on any of the RDA, RDI or DRI lists but would make good sense to take anyway.

In part one of this article, we’ll talk about vitamins. In part two, we’ll tackle minerals and some of the superstar nutrients (like omega-3s) that don’t fit into either category.

Vitamin A :
You rarely have to take this by itself because it’s found in most multi-vitamins. It’s a great immune system booster, and important for the reproductive function and the eyes. Look for between 3000–5000 IUs.

Vitamin B Complex:
The Bs include thiamin (B1), riboflavin (B2), niacin (B3), vitamin B6 and B12. Each has different strengths and overlapping circles of influence in the body. I consider a 50 mg B complex (or equivalent in a multi) to be a really good insurance policy. There are many times you might want to use an individual B vitamin therapeutically, in which case it’s still best to take the B complex and then take the “therapeutic” B separately at a different time. For example, PMS responds really well to a higher dose of vitamin B6, usually along with magnesium and evening primrose oil. But 50 mg across the board is a good basic intake.

Folic Acid:
Folate (or folic acid, which is the synthetic version of folate) is grouped with the B vitamins. The folic acid form you see in supplements is actually better absorbed by the body than the kind found in food. I can’t overstate the importance of this vitamin, which not only helps prevent birth defects, but can improve mood and brain function, and has virtually no toxicity. It also helps lower a toxic compound called homocysteine. In my view, the absolute minimum should be 800 mcg, but you can certainly take more.

Vitamin C:
Don’t make the mistake of believing the bad press vitamin C got recently because it didn’t cure the common cold. That would be like thinking golf clubs were useless because you can’t play tennis with them. The number of metabolic functions this powerful antioxidant and cancer-fighting nutrient performs has filled more than a few books. The human body can’t manufacture it’s own vitamin C so we must get it from the diet. Take at least 500 mg a day, but you won’t go wrong with up to 2,000.

Vitamin D:
Even the conservatives are beginning to realize they underestimated this powerhouse vitamin when they put together the recommendations. It has anti-cancer properties, enhances performance and helps get calcium into the bones. Vitamin D deficiency—which is epidemic—plays a role in causing 17 varieties of cancer as well as heart disease, stroke, hypertension, autoimmune diseases, diabetes, depression, chronic pain, osteoarthritis, osteoporosis, muscle weakness, muscle wasting, birth defects, and periodontal disease. Take 1000 IUs a day at least. (Which is what the Canadian Cancer Society recommends during the winter.)

Vitamin E:
Ignore the bad press and badly designed studies, which have been completely discredited. This is a powerful antioxidant with multiple benefits. For most purposes 400 IUs is a good dose to aim for. But note well: vitamin E has eight components, and up till now most supplements have contained only one of them, alpha-tocopherol, which may turn out to be one of the least important. Look for supplements that have plenty of gamma-tocopherol, or at least contain what’s called “mixed tocopherols.” That way you’ll know you’re getting some gamma. Leave the exclusively alpha-tocopherol version alone.

Vitamin K:
This vitamin has a huge role in maintaining healthy bones. It’s found in all the green vegetables, and the body actually makes it, so this is one of the ones you don’t need to worry too much about supplementing with. It’s nice when it’s included in a multiple and you’ll often see it in the better bone formulas. For once, the RDIs are accurate: 80 mcg is fine.

IN SUMMARY
Let me be perfectly frank: I’m a big fan of supplements and probably take enough of them a day for you to think of me as an “extremist.” I tell you that so you’ll take what I’m about to say seriously—supplements are not a substitute for food. You can’t get all the vitamins and minerals you need from food, true, but you also can’t get all the things you need for health from supplements. Much as I love them, supplements don’t even begin to provide all of the myriad of phytochemicals, phenols, flavonoids (there are 4,000 flavonoids alone!), catechins, and other things that are in our best foods. And these compounds—many of them still undiscovered—work synergistically in mysterious ways that we haven’t begun to completely understand.

So eat food. Real food. Food your grandmother would have recognized as food. Food with color. Food that spoils. Food you could have hunted, fished for, gathered or plucked if you lived on the African Savannah in the Paleolithic era. It’s still around, you just have to look for it. When last seen, much of it was hanging out in the outer aisles of your supermarket. It’s the stuff that doesn’t come with a bar code.

Do that in addition to taking the supplements I’ve suggested above, and—at least physically—you should have a healthy, robust life.

The rest is up to you.