Have you noticed that you haven't been feeling your normal energetic self lately? Perhaps you have been experiencing symptoms which include fatigue, dizziness, headaches, difficulty concentrating, heart palpitations, sensitivity to the cold, pale skin color, brittle nails, dry hair, cracks on the sides of your mouth, swelling or soreness of the tongue and mouth, or shortness of breath.

These symptoms could be a sign that you are iron deficient. You may be surprised to learn that iron deficiency is the most common and widespread nutritional deficiency in the world. It is estimated that two billion people are anemic, many due to iron deficiency.

Who is at Risk?
Why is iron deficiency such a worldwide problem? As it turns out many health conditions can seriously deplete iron levels. Iron deficiency is especially prevalent amongst menstruating women or women who have excessive blood loss from heavy periods, pregnant and postpartum women, people with conditions that cause internal bleeding, vegans and vegetarians, children, athletes, and the elderly. 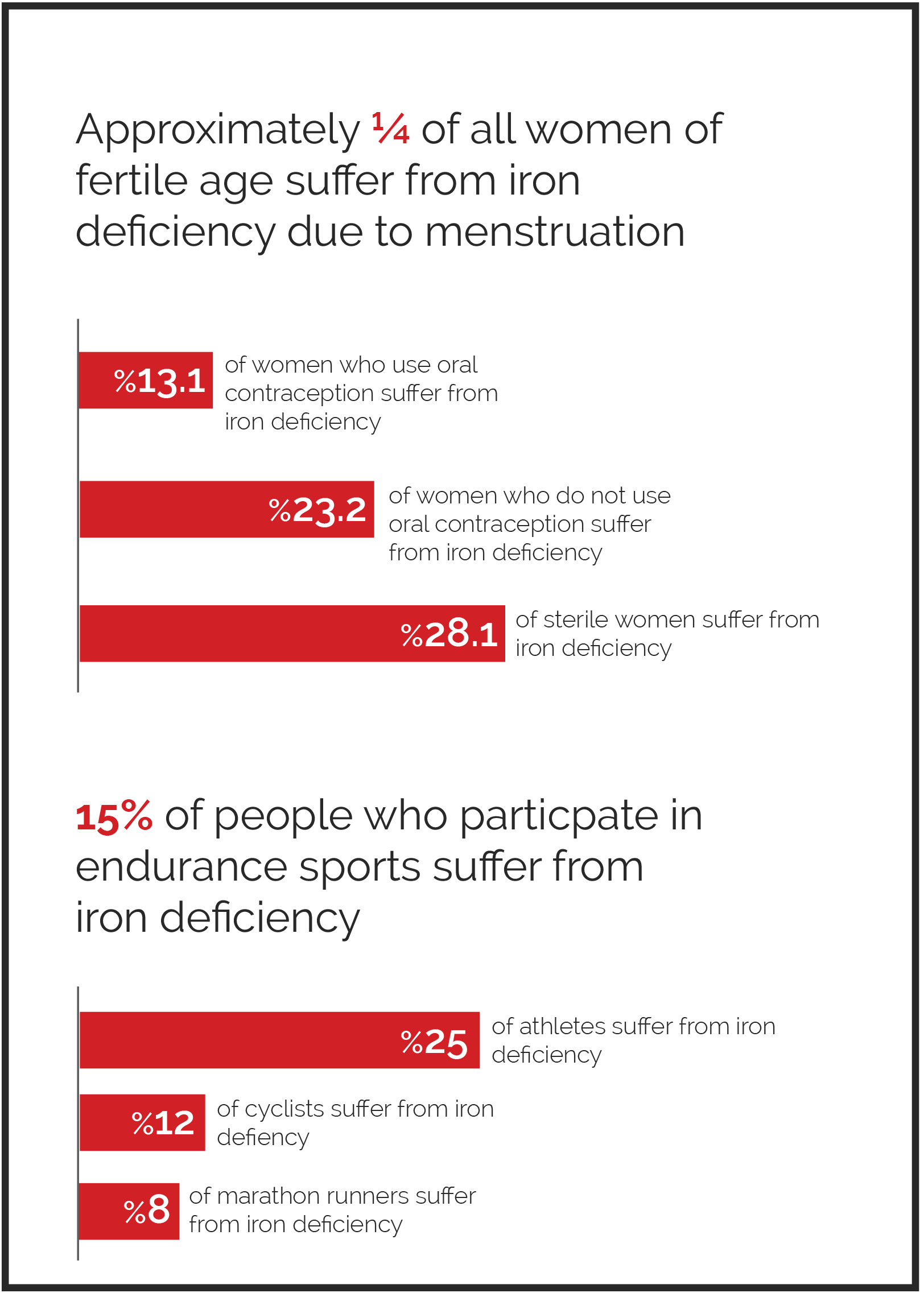 In addition, anyone having intestinal health issues such as leaky gut, ulcerative colitis, Irritable Bowel Syndrome, Celiac disease or ulcers are especially vulnerable to low iron levels because of a compromised ability to absorb adequate iron from their diet.

Rheumatoid arthritis and anemia are connected. RA can be associated with different types of anemia, including anemia of chronic inflammation and iron deficiency anemia. When you have an RA flare-up, the immune response causes inflammation in the joints and other tissues. Chronic inflammation can lower the production of red blood cells in your bone marrow. This can lead to the release of certain proteins that affect how the body uses iron.

What Causes Iron Deficiency?
Deficiency occurs when the body doesn't have enough of these vital minerals. Iron is essential in order to make hemoglobin, which is a protein in your red blood cells that carries oxygen to your body's organs and tissues and transports carbon dioxide from your organs and tissues back to your lungs.

When iron intake is chronically low, stores can become depleted, decreasing hemoglobin levels and leading to abnormally low levels of red blood cells. If your body doesn't have enough hemoglobin, your tissues and muscles become starved of oxygen and are unable to function effectively.

There are two forms of dietary iron: heme iron and non-heme iron. Heme iron is the type of iron that comes from animal proteins such as red meat, pork, poultry and seafood. Non-heme iron, by contrast, is found in plant-based foods like grains, beans, dark green leafy vegetables, fruits, nuts, and seeds. 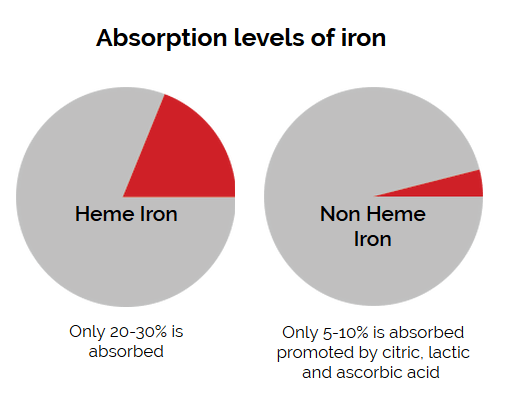 If the body requires the ability to make more blood or if there is an excessive loss of blood, then there is a greater demand for iron. In the case of intestinal disorders, there is an impaired ability to efficiently absorb nutrients, including iron from food as well as increased risk from gastrointestinal blood loss. Iron deficiency is always a concern for vegan and vegetarians because of their limited dietary choices and lack of heme-producing protein sources.

The Problem with Iron Supplements
If you are diagnosed with iron deficiency, it is usually recommended to take an iron supplement. Beware of taking the inorganic form of iron know as ferrous sulfate. Ferrous sulfate is also found in many multivitamins, including children's multivitamins. It is a relatively toxic, inorganic metal that is difficult to absorb. In addition, it can lead to significant side effects which may include constipation, diarrhea, stomach pain, cramps, nausea, vomiting, heartburn, dizziness and fainting, fast heartbeat, and temporary staining of the teeth.

IronCatch is the first iron-free solution for iron deficiency. It has been proven to rapidly produce significant results within as little as 30 days.1 In fact, in as little as just one week, patients have improved their energy and vitality. This is great news especially for athletes taking part in endurance sport as well as vegetarians, who are known to be at risk from low iron levels.

IronCatch is a food supplement with a patented formulation that elevates the iron levels by increasing the absorption of dietary iron by an amazing 3-5 times. Instead of supplementing with an iron pill, IronCatch's unique formula is an iron-free alternative that can profoundly increase iron absorption from everyday food consumption with no adverse reactions.

Unlike inorganic iron supplements, IronCatch has no side effects and is safe for people of all ages. There is no risk of toxic iron overload, which can occur from taking many other kinds of iron supplements. Studies have shown impressive results in people who have iron deficiency and chronic anemia due to Inflammatory Bowel disease, Crohn's disease, and ulcerative colitis.2

IronCatch is the world's first to solve the iron-deficiency problem by enhancing the absorption of iron from our heme and non-heme dietary choices. 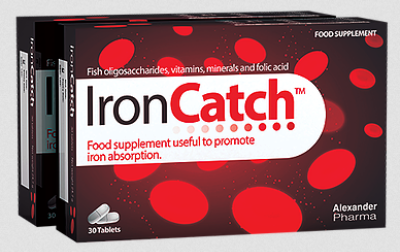 In a world where there are so many health issues that can lead to a serious loss of life-enhancing iron, it is exciting to know that there is an all-natural food supplement that offers a proven solution. The best news of all is that IronCatch restores healthy levels of iron, rapidly, effectively, and safely.

IronCatch truly earns its reputation as the first iron-free solution for iron deficiency!

For more information or to purchase IronCatch visit their website