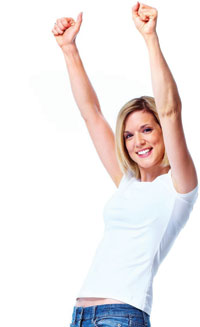 Most of us are all too familiar with the feeling of being stressed—your heart races, your breathing becomes rapid and shallow, your blood pressure rises and your hands become cold or clammy as blood rushes to your limbs to prepare for escape. Most of the time; however, there is no life-threatening need for escape as we sit trapped in traffic or in front of our computers. This is our initial response to stress, otherwise known as an adrenaline rush or a sympathetic nervous system response. The parasympathetic nervous system response, or relaxation response, is just the opposite; your breathing slows and deepens, your muscles relax, your blood pressure lowers, your pulse rate slows and blood flow is directed back to your internal organs.

If you always feel tense or anxious, your body will remain in a constant state of heightened arousal. This chronic stress, particularly psychological stress, is the most detrimental to your health—not to mention your body composition.

The Effects of Stress
Stress, whether caused by physical, emotional, mental or environmental factors, real or imagined, causes our bodies to release a biochemical called cortisol. The Cortico-releasing chemical (CRH) produced by our master gland, the hypothalamus, stimulates the pituitary gland to produce ACTH, which then travels to the adrenal glands (stress glands). These two small glands rest atop the kidneys and produce cortisol. This network is called the hypothalamus-pituitary-adrenal (HPA) axis because all three glands are in constant communication with each other, depending upon our level of perceived stress. Cortisol is produced by the adrenals when under prolonged stress, whereas adrenaline is released as an immediate response to stress. Both processes are necessary in small amounts, but in excess they can be harmful. Over an extended period of time, stress can lead to many health conditions such as:

But there is one supplement, Relora, which is being proven through research and clinical studies to put the brakes on a body that is in stress overdrive. By blending two proprietary herbal extracts from Magnolia officinalis and Phellodendron amurense, Relora can manage the effects of stress, sometimes in as little as two weeks.

Protect Your Brain from Stress with Relora
Mental or emotional stress is the most harmful type of stress, because it is not followed by a relaxation response, unlike most physical stress which is followed by a period of rest. Not to add to your stress level, but accumulating research indicates that continuous or intense stress may negatively influence the brain and its functions. Studies find evidence that stress may alter brain cells, brain structure and brain function. As a consequence, memory problems may occur. One study published by the journal Neuron (January 2010) reveals complex molecular mechanisms associated with stress. The researchers observed that in contrast to stress-resilient mice, stress-vulnerable mice exhibited changes in behaviors when exposed to mild stress.

Serotonin is often thought of as our “happy chemical” and high levels of stress rob of us this valuable neurotransmitter. Research looking at Relora’s impact on central nervous system receptors found, amazingly, that Relora has an effect on some of the brain’s receptor binding sites. Most noteworthy among these interactions was the strong binding at the serotonin transporter.

Relora and The War on Belly Fat
Studies show that stress causes abdominal (belly) fat— even in people who are otherwise thin. Results published in the journal of Psychosomatic Medicine (2000) established a link between cortisol and increased storage of abdominal fat. It was found that abdominal fat, versus overall weight gain, is directly related to a person’s greater psychological vulnerability to stress and cortisol reactivity. If you gain weight in your abdomen and waist instead of on your hips and thighs, you may be genetically programmed to secrete more cortisol (which in turn creates more belly fat) at lower levels of stress than women who gain weight in other places than their abdomen. One open label trial (2006) of more than 1,200 participants with mild to moderate stress, demonstrated that Relora was effective in managing stress, promoting restful sleep and helping to manage stress-related eating in as much as 90 percent of participants.

Stop Your Cravings with Relora
Under stressful conditions, cortisol provides the body with glucose (sugar) by tapping into protein stores in the liver. Elevated cortisol consistently churns out glucose, which leads to long-term increased blood sugar levels—and metabolic syndrome. Furthering the tie between cortisol and appetite, a 2001 study published in Psychoneuroendocrinology demonstrated that cortisol injections are associated with increased appetite, cravings for sugar and weight gain. Most of us have experienced these stress-induced food cravings, which tend to take hold at the least opportune times, such as late at night.

A pilot study published in Alternative Therapies was conducted in healthy, overweight women between the ages of 20 – 50 years, who typically eat more in response to stressful situations and score above average for self-reported anxiety. Researchers found that the treatment group tended to have lower levels of cortisol in the evening (when cravings go hand-in-hand with high cortisol levels), whereas the placebo group experienced higher levels of cortisol during those same hours. The group receiving Relora experienced no weight gain as compared to their counterparts that added 1.5 kg (3.3 lbs) to the scale over six weeks.

Improve Your Slumber with Relora
In addition to our weight, high cortisol can also negatively affect our sleep patterns, making it difficult to fall asleep or to stay asleep once we finally do go to bed. In a dangerous catch-22, inadequate sleep further increases cortisol levels. This signals the secretion of ghrelin which increases appetite, and at the same time decreases leptin levels, which tells the body it is satiated. Extensive research, including a paper published in The American Journal of Human Biology (2009), links lack of sleep to some wellness parameters. In similar findings presented at the American Heart Association’s 2012 Scientific Sessions, researchers studied 17 healthy young men and women for eight nights, with half of the participants sleeping normally and half sleeping only two-thirds their normal time. The sleep deprived group, who slept one hour and 20 minutes less than the control group each day, consumed an average 549 additional calories each day.

Taking Relora before bed may reverse this poorly-timed cortisol pattern. In the aforementioned study, bedtime cortisol levels in the Relora group decreased, while some in the placebo group had cortisol levels increase or remain unchanged. For this reason Relora may be an ideal solution for patients who tend to wake up throughout the night, for highly stressed individuals who have problems falling asleep and for menopausal women with hot flashes that cause sleep disruption.

Balance your Body with Relora
As if our metabolism were not already in sufficient jeopardy, cortisol inhibits the function of the thyroid, the master of our metabolic rate. Over time, this exposure to cortisol decreases cellular response to insulin and leads to increased insulin levels. Many people already have an imbalanced ratio of cortisol to DHEA (a precursor hormone to estrogen and testosterone). This adrenal chemical tends to naturally decrease as we age. At the same time, it protects against the harmful effects of cortisol. In a healthy individual, cortisol peaks in the morning and slowly decreases throughout the day; for someone with stress, the reverse is often true.

A 2001 pilot study looked at Relora’s impact on this ratio. A two-week regimen of Relora in subjects with mild to moderate stress experienced a significant increase in salivary DHEA (up to 227 percent) and a substantial decrease in morning salivary cortisol levels. In addition, Relora increased the DHEA levels from subnormal limits to within normal limits in seven (7) out of ten (10) subjects whose initial levels were below normal, showing its ability to restore balance.

Be Yourself with Relora
Stress is an inevitable part of our everyday lives, but don’t let it take control. Stress and its related biochemistry can be overwhelming and rob us of our physical health and mental well-being. Scientific studies, healthcare professionals and consumers agree that Relora can be the game changer in our ongoing fight to knock out distractions and regain control in our hectic lives. All-natural Relora is just what you’ve been waiting for. 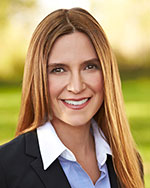 Dr. Natasha Turner is North America’s leading naturopathic doctor and founder of the Clear Medicine Wellness Boutique in Toronto, Canada. Bright, energetic and practicing what she preaches, her goal is to inspire others to make positive lifestyle choices in order to enjoy healthier lives. Her passion for promoting wellness, fitness and integrated medicine makes her a sought-after speaker for corporations, the public and the education of other medical professionals. She was recognized by the Ontario Association of Naturopathic Doctors as being a leader in her field. Dr. Turner is also the first Canadian naturopathic doctor to be featured on The Dr. Oz Show.

Dr. Turner’s first book, The Hormone Diet, became a #1 bestseller within one week of its release in the spring of 2009. The book is based on her successful clinical approach for creating hormonal balance to gain strength, lose fat and live younger longer. Her second book, The Supercharged Hormone Diet, an accelerated 30 day plan to restore your metabolism and look younger longer, became a #1 national bestseller on its first day of release in March 2011. Her third book, The Carb Sensitivity Program: Discover Which Carbs Will Curb Your Cravings, Control Your Appetite and Banish Belly Fat made the bestseller list the first week of its release in March 2012. Her work has been endorsed by New York Times bestselling authors, Suzanne Somers, Dr. William Davis and Dr. Christiane Northrup.