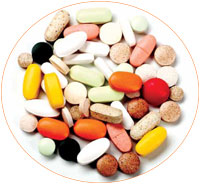 When it comes to nutrition, there is no one-size-fits-all. Almost 50 years ago, Roger Williams, a pioneer in the discovery of vitamins and their importance to health, pointed this out in his book, Biochemical Individuality. People are biochemically similar and different. Some individuals, even siblings, need five to ten times more of a given nutrient than do others. Many of us are familiar with this reality and expect differences in “condition specific” supplement formulations. In contrast, multivitamin-mineral supplements generally do not get as much scrutiny.

Although multivitamin-mineral formulations are the most popular of the dietary supplements, there is no established standard for ingredients, ingredient amounts, or usages. In practice, usage depends on the person taking the supplement and the intended benefit. For instance, an individual in good health who is supplementing only for “nutritional insurance” may find there is little reason to take a multivitamin with amounts above one hundred percent of the currently recommended daily intake for each nutrient. Other supplement needs, such as for antioxidants, then might be met by taking additional specialized products. Athletes have greater requirements and expectations, as do women who are pregnant or lactating, the elderly, those in poor health, and so forth.

In other words, a primary issue with multivitamin-mineral formulations is that of special needs. The Institute of Medicine of the National Academy of Sciences makes distinctions based upon age, gender and health status in its usage recommendations. Many nutritionally-oriented physicians make suggestions based upon yet more elaborate criteria. Before moving to such specialty topics, it is useful to look at a few issues that touch all multivitamins.

What to Look for in a Good-quality Brand
Most formulas being sold are relatively complete in terms of the range of vitamins and minerals included. However, not all forms of vitamins and minerals are equally bioavailable. Differences among products in quality (and price) often are reflective of the quality of the starting ingredients. For instance, natural vitamin E (d-alpha tocopherol) is superior to the synthetic version (dl-alpha tocopherol), and the succinate delivery is usually considered to be superior to the acetate form. Therefore, someone comparing products might look for the presence of vitamin E supplied as d-alpha tocopheryl succinate or other forms of natural vitamin E as one marker of quality. Again, many individuals tolerate vitamin C (ascorbic acid) better when it has been attached to a mineral to form an ascorbate (calcium ascorbate, magnesium ascorbate, etc.) than when the vitamin is left as an acid, so this might be viewed as yet another marker of quality.

Today the better multivitamins increasingly are likely to include phytonutrients, such as lutein and lycopene, in significant amounts. Quality brands are distinguished by the fact they avoid “window dressing” label claims and only include nutrients that can be supplied in amounts sufficient to make a difference. There also is the opposite issue to consider: Certain herbs and other nutrients are proper only for short-term use, not the daily ingestion expected with multivitamin-mineral formulas. A good example is berberine containing herbs, such as goldenseal. Long-term consumption of goldenseal can interfere with the absorption of B vitamins.

Absorption Issues
Oil-soluble nutrients and most minerals are much better absorbed if ingested with meals rather than between meals. Therefore, multivitamins should be taken with meals. If two or more capsules or tablets are involved, divide these between at least two meals.

For those taking medications, it is a good practice to question the prescribing physician or dispensing pharmacist regarding interactions. Many medications do not fare well if taken with dietary supplements. Antibiotics and other medications often must be taken on an empty stomach and this does not mean just empty of food, but empty of any supplements, as well.

Special Nutritional Needs — Women and Men
It is not surprising then that women and men have different nutritional needs. Two nutrients, zinc and iron, illustrate the significance of this difference. Zinc is sometimes thought of as the “male” mineral because of its singular role in maintaining men’s urinary-genital tract and prostate health. Sexual activity, moreover, depletes zinc stores in men. Women don’t have prostates, so it is easy to see that physiology is important here! Women, however, lose iron regularly and may need to supplement with levels of iron that would be unhealthful for most men. Another example is calcium supplementation. While important to women to prevent osteoporosis, calcium supplementation may, according to some startling evidence, increase the rate of prostate cancer in men.

So here we have nutrients needs which clearly are different for men and women. Women prior to menopause need more iron and typically always can take plenty of calcium, whereas men are better off leaving iron and calcium to no more than the suggested daily levels of intake. (Iron for endurance athletes is a special matter.) Men may find that slightly higher intakes of zinc are beneficial, whereas most of the time women may not.

There are other areas that tend to separate women and men in nutrition. Men are more likely to suffer from cardiovascular disease and from certain types of stress-related conditions than are women, whereas women must deal with premenstrual syndrome, menopause and a variety of bladder conditions seldom experienced by males. Makers of multivitamin-mineral supplements for years have attempted to live with the “his and hers” nutritional divided. For women’s bone health needs, companies may include phytoestrogens and related items including soy isoflavones (genistein, daidzein, glycitein), ipriflavone, extracts of Vitex agnus-castus, and so forth and so on. For skin and hair, there are extracts of bamboo for silicon. Often included, but somewhat questionable in terms of the amounts of actives available in a multi, are herbal supplements for bladder health, such as cranberry. Finally, women of child-bearing years should make sure that they are getting adequate folic acid.

If not already taking a specialty supplement for prostate health, men may want a multivitamin-mineral supplement that contains lycopene and additional zinc. For the cardiovascular system, coenzyme Q10 and grape seed extract make sense. For adaptogenic purposes and to help combat stress, extracts of Withania somnifera root may be helpful.

Other Specialty Needs
The breakdown above is based only on considerations of gender. When age is added to the mix, there are further issues to consider. One quick example should clarify the point: Women prior to menopause can use and, indeed, need more iron than men. Men and postmenopausal women usually do not benefit from added iron in formulas, hence iron in only reference amounts or iron-free formulas often are better choices for these two groups.

It does not make sense to try to address all individual needs with different multivitamin-mineral formulations. “Condition specific” supplements are designed specifically for such purposes. Nevertheless, it is reasonable to have a small “family” of multivitamin-mineral supplements. Here are my choices for the extended family: children, adult women, adult men, the over-50 multi, and a vegetarian formula. The primary caution to be observed in infants and children is to avoid excesses of nutrients commonly fortified foods, especially vitamin A, folic acid and zinc.

Why Take Multivitamins?
All too often there are unrealistic expectations for the benefits of dietary supplements. Even so, there are some interesting and reassuring findings available from the research world. For example, regular use of multivitamin-mineral supplements is significantly associated with better control of body weight. More than a decade ago, a study of Canadians appeared with findings that men who take vitamins weigh less, have less body fat and exhibit an approximately 4 percent higher resting metabolism even after accounting for age, calorie intake and calories expended during physical activities, than males that do not take vitamins. A more nuanced assessment was published in 2008 and confirmed the earlier analysis as well as findings that multivitamin and mineral supplements can have appetite-related effects in women. A six-year family study in Quebec, similarly, found that both men and women who take vitamins have significantly lower body mass indexes (BMI), which is to say, they are lighter and leaner. Perhaps more important, epidemiologic evidence shows that multivitamin use is associated with longer telomere length among women. This is interesting because telomere length may be a marker of biological aging—longer being better.