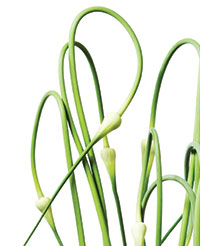 Aged garlic extract (Kyolic), is a natural garlic supplement made from organic garlic by the Wakunaga Company, in a long-term process of extraction and aging, at room temperature. While the fresh bulb is a wonderful herb, its lingering odor puts people off, thus depriving them of its many benefits. Aged garlic extract (AGE) is odorless, rich in beneficial organosulfur compounds and antioxidant activity and the favored preparation used in studies on garlic’s benefits. There are over 600 research publications showing the wide range of health effects of AGE, which include cardiovascular protection, anti-cancer and anti-aging effects. In addition, AGE has been found, in preclinical and clinical studies, to protect against the toxicity of free radical-producing environmental agents and drugs, such as acetaminophen.

Acetaminophen, also known as Tylenol or paracetamol, is among the most commonly used painkiller and fever-reducing agent (antipyretic). When taken at excessive doses, well above the recommended safe level, this painkiller is fatal.

A careful examination of medications on pharmacy shelves shows that acetaminophen is contained in over 100 over-the-counter cold and analgesic medicines and prescribed formulas. Pain can be debilitating and people often try to eliminate discomfort by taking an overdose of medications that contain acetaminophen. The trouble is while acetaminophen kills pain, an overdose destroys the liver, leading to liver failure and death.

As reported to the American Association of Poison Control Centers, acetaminophen is one of the most common medications involved in overdose — acetaminophen toxicity is the cause of most cases of acute liver failure, a potential fatal condition that requires liver transplantation. The need to prevent acetaminophen toxicity and have on hand an antidote is highly important. Aged garlic extract provides such protection.

Acetaminophen Dose
The maximum allowed daily dose of acetaminophen (Tylenol) is reported to be 4 g in adults and 90 mg/kg in children. When taken in one go, as a single ingestion, the toxic dose is approximately 7 g in adults, but lowers for alcohol abusers, for people who are malnourished or dehydrated and those who have a viral infection. When taken at recommended doses the risk of liver toxicity is extremely small.

Upon ingestion, acetaminophen is quickly absorbed from the stomach and small intestine. A fraction is metabolized by the p450 family enzymes, to form a toxic, free radical producing substance (N-acetyl-p-benzoquinone imine NAPQI).

If taken at recommended therapeutic doses, NAPQI is detoxified in the liver by the antioxidant glutathione and excreted in the urine. In acute overdose, by taking a large dose at one time, or when the maximum daily dose is exceeded over a long period of time, large amounts of NAPQI are formed, the detoxifying glutathione is used up and the liver is overwhelmed and cannot protect itself.

The excess NAPQI that still remains causes oxidative damage, in proteins, DNA and cell membranes leading to liver cell death, and liver failure. The risk of liver injury is increased by alcohol and reduced by an antidote.

Aged Garlic Extract (Kyolic) Prevents Acetaminophen Toxicity
The FDA warning that thousands of Americans unwittingly ingest potentially fatal doses of acetaminophen and highlights the need for protection. Aged garlic extract provides such protection. The highly standardized AGE contains mostly stable water-soluble organosulfur compounds that are powerful antioxidants and are largely responsible for AGE’s health benefits; they include S-allyl mercaptocysteine, unique to AGE and S-allyl cysteine, AGE’s major compound that is used for standardization and has a 98 percent absorption rate into the blood circulation. Aged garlic extract increases cell production of glutathione that is needed for drug detoxification, including acetaminophen.

A number of studies have shown that AGE, S-allyl cysteine and S-allyl mercaptocysteine protect the liver against the adverse effects of acetaminophen, by preventing toxicity and by acting as an antidote.

In a preclinical study, organosulfur components of AGE, S-allyl cysteine (SAC) and S-propyl cysteine were added to drinking water for four weeks, followed by acetaminophen treatment. The acetaminophen depleted the liver of glutathione, increased oxidative stress and increased the blood level of the substances alanine aminotransferase (ALT) and aspartate aminotransferase (AST), that are markers of liver toxicity; however, the intake of SAC prevented glutathione depletion, blocked the increase of ALT and AST and elevated the protective enzyme glutathione peroxidase that eliminates free radical-producing peroxide.

Other studies found that S-allyl cysteine and S-allylmercaptocysteine (the compound unique to AGE), protected against acetaminophen-induced hepatotoxicity, when given before acetaminophen, acting as a preventive agent, as well as when given after acetaminophen, acting as an antidote. The antidote effect is produced partly by suppressing the p450 enzymes thereby preventing the formation of toxic substances that damage proteins in ways that lead to liver cell death.

A human study further confirmed the role of AGE in helping prevent acetaminophen toxicity. In this clinical study the subjects ingested AGE at a dose of 10ml/day (3000 mg/day) (approximately equivalent to six to seven cloves of garlic) for three months. Each subject received an oral dose of 1 gram acetaminophen, before the course of garlic, at the end of each month and one month after the end of the AGE intake study. It was found that AGE increased acetaminophen metabolism and detoxification, indicating its benefit to humans in protecting the liver and potentially preventing the fatal consequences of acetaminophen-induced liver failure, due to excess acetaminophen intake.

In summary
While it is best to avoid acetaminophen intake above the recommended safe dose, it is wise to be aware of preventive and therapeutic measures. Aged garlic extract, an odorless dietary supplement, expedites acetaminophen detoxification and scavenges free radicals that are produced following acetaminophen ingestion. The dual action of AGE as protector and antidote can help save the liver from destruction and save lives.