MSM is a naturally-occurring nutrient, a sulfur compound, found in normal human diets and the diets of all other vertebrates. Sulfur is an element present in all living organisms. It belongs in the same chemical family which includes oxygen. For organisms living in environments where there is no oxygen, sulfur often replaces oxygen as the source of chemical energy that drives life. It is not a pharmaceutical drug but a dietary supplement.

Sulfur, the eighth most abundant element in the human body, has a long history as a healing agent. For centuries mankind has soaked in sulfur-rich, mineral hot springs to help heal a variety of ailments. While sulfur’s natural anti-inflammatory properties have shown benefits for a range of health problems, including arthritis, muscle and joint pain, much is still unknown about precisely how it works in the body.

Without sulfur, life as we know it would not exist. Some of the essential functions that make sulfur possible for us to live include maintaining the structure of the proteins of the body, helping in the formation of keratin, which is essential for hair and nail growth, aiding in the production of immunoglobulin, which maintains the normal immune system, catalyzing the chemical reactions which change food into energy and neutralizing or eliminating toxins from the body. (Sulfur is needed to create/hold the molecular structure, particularly the sulfur amino acids: methionine, cysteine, taurine.)

MSM and its related compounds provide the source of 85 percent of the sulfur found in all living organisms. The cycle of these naturally-occurring sulfur compounds begins in the ocean where microscopic plants called plankton release sulfur compounds. These salts are transformed in the ocean water into the very volatile compound dimethyl sulfide (DMS), which escapes from the ocean water as a gas. It then rises into the upper atmosphere where in the presence of ozone and high energy ultraviolet light, the DMS is converted into its cousins DMSO and MSM. Unlike the DMS, both DMSO (dimethyl sulfoxide) and MSM are soluble in water and when they return to the surface of the earth it is as rain. Plants take MSM rapidly into their root systems and concentrate it a hundredfold. MSM, and the sulfur it contains, is incorporated into the plant’s structure. Through plant metabolism the MSM, along with other sulfur compounds that it has spawned, is ultimately mineralized and transported back to the sea. Then the sulfur cycle beings again.

Almost everyone in our modern society is deficient in MSM but with age the deficiency grows even more pronounced. What’s happening in our lives today is that we’re processing too many foods. The highest concentration of MSM is found in milk. MSM is a natural component of many fresh fruits, vegetables, seafood and meat. However, heat and processing reduce the MSM in foods. Onions, garlic, asparagus, cabbage, broccoli and Brussels sprouts are sulfur-rich foods, but not as rich as eggs and red peppers. Food preparation, like washing and steaming, also reduces the levels of MSM.

The most efficient way to assure sufficient levels of MSM in the body, or to benefit from the therapeutic benefits, is to include it as a staple of one’s daily nutritional supplement program. MSM is available in capsules that can be taken with meals or in crystal form for mixing with drinks. It can also be purchased as a cream, lotion or gel and applied directly to the skin for additional relief from pain and inflammation.

Although MSM is commonly characterized as a breakthrough remedy for people with osteoarthritis, its benefits extend beyond the treatment of chronic illnesses. In fact, in recent years athletes and fitness enthusiasts have begun to rely on MSM to reduce the pain, soreness and inflammation associated with injuries, strained or cramped muscles and over-extended joints. Many use MSM in ointment form to alleviate the pain of sprained ankles, elbows and shoulders, strained muscles and ligaments and tendon injuries.

Experience shows that MSM is often so effective for pain relief that doctors are able to lower the dosage of medication they prescribe for patients. The end result is relief with fewer or no side effects that are frequently caused by prescription pain medications. It is also important to understand in that MSM is a naturally-occurring sulfur compound found in the body, it is not similar to inorganic sulfides, sulfites and sulfates to which many individuals are allergic.

Another major natural health property of MSM is that it is excellent for preventing allergies. I would say that it is probably the most important substance we have had for the prevention of allergies since the advent of the antihistaminic agents, and that was over four decades ago. People taking MSM orally, or sometimes supplementing that with nose drops, will not have the conventional burning of the eyes or the running nose or the hoarseness associated with allergies to pollens, dust and molds.

MSM also has anti-parasitic properties. We have studied the two most common parasites in the gastrointestinal tract. The giardia is a parasitic infection of the small intestine which causes poor absorption of nutrition in humans. It is the most frequent cause of water-carried diarrhea in the U.S. MSM is quite effective when taken orally in controlling the symptoms and fighting the invading organism.

Many women complain of yeast infections, which are caused by a parasite called trichomonas. The symptoms include increased itching and discharge which may be malodorous and discolored. Both the topical and oral supplements are effective therapy.

MSM helps to control hyperacidity/heartburn naturally. Patients who have used antacids and products like Tagamet™ and Zantac™ make themselves worse by becoming dependent upon them. MSM is a nutritional supplement that has been shown to be more effective in stabilizing the digestive process and environment in doses of 3000 mg per day.

Researchers at Oregon Health Sciences University studied a strain of mice that were prone to the spontaneous development of joint lesions similar to those in rheumatoid arthritis. They found that animals that were fed a diet that included a three percent solution of MSM as drinking water, from two months to five months of age, suffered no degeneration of articular cartilage. In a control group of mice receiving only tap water, 50 percent of the animals were found to have a focal degeneration of articular cartilage.

Of the 16 patents granted to MSM, one is for relief from snoring. Research at Oregon Health Sciences University on 35 subjects suffering from chronic snoring has shown that MSM, as a 16 percent water solution administered to each nostril 15 minutes before sleep, provided significant reduction in 80 percent of the subjects after one to four days of use.

As a control, in eight patients showing relief with MSM, saline solution was substituted for MSM without their knowledge. Seven of eight patients resumed loud snoring. The change occurred within 24 hours of the substitution. After the MSM treatment was restored, these eight again showed a significant reduction of snoring.

Many years of clinical use at Oregon Health Sciences University has demonstrated that MSM provides the following pain relief and anti-inflammatory benefits without serious side effects:

To date more than 12,000 patients have been treated at the university with Lignisul MSM at levels above two grams daily with no serious toxicity. About as toxic as water, even common table salt can be more toxic than MSM, which is a crystalline solid that is odorless, tasteless and readily dissolves in water.

A second double-blind, placebo-controlled, pilot trial, conducted simultaneously, showed that 50 percent of the subjects on Lignisul MSM showed increased nail length and nail thickness growth compared to the group on placebo1. Approximately 10 percent of those on placebo showed increased nail length growth. None of the subjects on placebo showed an increase in nail thickness.

Based on the results of the two trials, we concluded that oral supplementation with Lignisul MSM is a valuable addition to hair and nail growth. Hair and nail health was significantly improved in a short term of six weeks.

The hair trial involved a total of 21 patients—16 women and 5 men. Data was collected by certified cosmetologists under my direction. The trial parameters included hair length, brilliance and diameter of the individual hair shafts using industry standard measurement scales.

All subjects supplemented with Lignisul MSM were duly impressed with the changes in the health and appearance of their hair. The cosmetologists literally could differentiate which participants were on MSM by the appearance of the hair alone after six weeks.

While researchers make no claim for cures, as a food supplement or dietary ingredient the following conditions seen in the clinic have responded to oral Lignisul MSM: 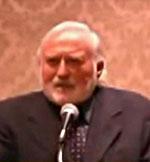