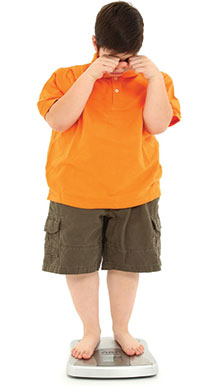 Recent research found that when human stem cells — which can turn into any type of cell — were exposed to a common virus they turned into fat cells. They didn’t just change, they also stored fat. Earlier research showed another common virus causes cells to store more fat, and those with obesity were three times as likely to have been infected. It doesn’t explain America’s entire growing obesity problem, but it adds to other recent evidence that blames more than just super-sized portions and lack of exercise and will power for expanding waistlines.

Earlier research showed that Adenovirus-36 (Ad-36), a common cause of respiratory and eye infections, caused animals to pack on the pounds in lab experiments. Obese people were three times more likely to have been infected with Ad-36 than thin people in a large study of humans. Now researchers have shown that exposure to the virus caused adult human stem cells to turn into fat-storing cells.

Dr. Magdalena Pasarica, who led the study, obtained adult stem cells from fat tissue of people who had undergone liposuction. Half of the stem cells were exposed to the virus Ad-36. After a week, most of the infected stem cells developed into fat cells, while the uninfected cells were unchanged.

The researchers note that Ad-36 is just one of 10 pathogens linked to obesity and that more may be out there. They note that some people might find it hard to believe that a virus could be responsible for obesity. “Certainly overeating has something to do with gaining weight. No doubt about that. But that is not the whole truth. There are multiple causes of obesity. They range from simple overeating to genes to metabolism and perhaps viruses and infections.”

Long term, they hope to develop a vaccine and perhaps treatments for the virus. But first, he and colleagues need to better understand the role of Ad-36 in human obesity.

The bottom line? Obesity is not necessarily the “psychological defect” that some people make it out to be! For more information on losing weight by fixing your metabolism, see www.endfatigue.com, What to Do When You Can’t Lose the Weight.