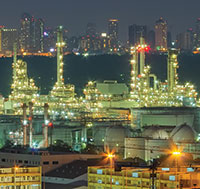 The U.S. today is a country that is home to the highest amount of over-fat people, with close to 74 percent of the population fitting into the category of overweight or obese.1 What is even more startling than the above stat, is that over 86 percent of Americans are estimated to become obese by 2030.2

Even though men and women seem to experience the same degree of obesity, women seem to be more affected by the excess fat as is shown by the fact that more women, than men, try to rid themselves of the extra pounds by following diets more frequently. In fact, one-third of women are on diets at any given time, compared to approximately one in four men. Regardless of the reasons why more women seem to throw themselves into the world of dieting, the real question is; why are so many women expanding in volume to begin with?

Of course, there are several obvious lifestyle factors that come into play when it comes to obesity. Unfortunately, you can’t exactly scarf-down a half-dozen Krispy Kreme Doughnuts ® followed by a supersized Diet Coke® each day and blame your ever expanding fat cells on a sluggish thyroid gland. According to myriad research, it turns out that one of the main culprits that is not very obvious, can be found in a group of estrogen-mimicking compounds called xenoestrogens.

Blame Your Belly on the Environmental
John Lee, MD, author of the bestselling book; What Your Doctor May Not Tell You About Menopause, notes how widespread xenoestrogens are in our modern world; “You would have to virtually live in a bubble to escape the excess estrogens we’re exposed to through pesticides, plastics, industrial waste products, car exhaust, meat, soaps, and much of the carpeting, furniture, and paneling we live with indoors every day.”3 Xenoestrogens are also delivered directly through the skin whenever we use expensive creams, shampoos, deodorants, etc., that have preservatives like parabens in them. Considering the fact that these hormone disrupting messengers were never part of our evolutionary existence, our bodies never adapted a system effective enough to neutralize them.

So what does all this xenoestrogen gobbledy gook have to do with a woman’s ability to stuff more fat into her billions of fat cells and her inability to lose any of it? Heaps! Numerous studies over the years have indicated that xenoestrogens are extremely problematic where natural hormone chemistry is concerned. For instance, researchers from Stirling University in Scotland, point to evidence that indicates natural weight-control hormonal systems in obese individuals no longer function effectively, making it very difficult to control weight gain.

Drastic environmental changes during the last few decades— especially the production and usage of synthetic organic and inorganic chemicals (e.g. xenoestrogens)—may be largely responsible for this metabolic malfunction.4 And a study published in the 2002 Journal of Alternative and Complementary Medicine showed that the drastic rise in the use of synthetic chemicals—xenoestrogens—over the years matched the rise in the number of overweight and obese adults in the U.S.5 Many of these xenoestrogens have also been shown to negatively affect brain chemistry, possibly interfering with specific areas of the brain that are involved in our ability to maintain a healthy metabolism.6 One study presented in the Journal of Lipid Research indicated that excess body fat might be directly linked to these hormone-disrupting contaminants.

Alpha Females
Being a dominant hormone, estrogens are constantly communicating with a woman’s fat cells in order to use fat as an energy source or store it for future needs, in which case the women continues to gain more and more fat. When there’s a lot of estrogen in the body, fat is primarily relocated to the butt and thigh areas (don’t you love when that happens?). If this isn’t a bad enough scenario, the excess estrogens also tag these fat cells with loads of alpha-receptors, which is like driving with your foot on the brake, but in this case it equates to very little ability for the fat in those areas to be used as energy.7 Also, when estrogen becomes overly dominant—as in the case of women who have too many xenoestrogens floating around—it displaces fat-burning and muscle-building hormones like progesterone and testosterone, which women need in order to deflate their ever expanding fat cells.

From an evolutionary perspective, Mother Nature would have deemed it beneficial to escort more fat into your 30 billion fat cells, as opposed to burning that fat. The extra fat would ensure a healthier pregnancy or a higher survival rate in case of a famine. Lots of estrogen—synthetic or otherwise—ensures that you don’t waste any calories. In essence this is exactly what happens when a woman gets pregnant or goes on birth control pills. Estrogen levels shoot sky high and fat cells respond by increasing their ability to store fat.

So now that you are aware of the problems all of these estrogen elevating and mimicking chemicals can cause on your metabolism and how difficult, if not impossible it is to completely prevent exposing yourselves to the thousands of xenoestrogens around you, following are a few tips to give your body the best defense against these metabolism-hampering toxins.