Lubrication is a fact of life. In any relationship where working parts are at play, whether it is an engine, a dinner party or an evening of love, everything works better when it is "well oiled." Lubrication allows for glide, ease and effectiveness. When lubrication is working well, it is invisible, a thought we don't have. When it isn't working, we know it immediately, although not always by its name. An engine without oil locks up in minutes, awkward silence and uncomfortable gazing down into the lap is immediately recognizable.

My work making personal lubricants never seemed like the answer to a national health crisis until recently. I was inspired to start Good Clean Love to solve a personal problem—I needed a solution for my own intimacy needs. The burning and itching that followed the application of the most common lube brands during intimacy didn't really leave me longing for more. Developing products that made sexual health healthier began as a personal quest more than a business idea. At the time I had no idea that so many women shared the symptoms of vaginal dryness and painful intimacy.

Lacking lubrication in intimacy is remarkably common, and happens for a myriad of reasons. Menopause, childbearing, nursing and even common medications like antihistamines and antidepressants often cause vaginal dryness and contribute to pain during sex and the associated low libido that develops. The physiological symptom of dryness turns into a waning sex drive because natural lubrication is a primary signal of arousal. Early sexual memories often include moments of vaginal wetness or erections seemingly unbidden. Those memories are stored deep in the body and triggering them can be as easy as finding the right lubrication.

The competitive lubricant market is saturated with choices, but when you look beyond the packaging and brand hype to the ingredient panel, it quickly becomes clear that still over 95 percent of OTC and adult lubricants are made with petrochemical ingredients including propylene glycol, a primary derivative used in such products as anti-freeze and brake fluid. It is also used in polyethylene glycol, in laxatives and oven cleaners and largely preserved with methyl- and propyl-parabens, which have been shortlisted as potential carcinogens and are not allowed in the EU.

When I first began making lubricants and learning about the petrochemical ingredients that were my competition and were contributing to my painful sex, I believed that my burning and itchy reactions were due to an allergic response that exacerbated the other issues I was struggling with including vaginal dryness or pain with sex. Since then new research conducted by biophysicists, who were commissioned by NIH to create a buffer gel for the prevention of HIV, began analyzing the current petrochemical based lubricant market. They were shocked by what they learned.

The highly concentrated petrochemical lubricants that dominate the market are damaging the genital and rectal tissue they intended to protect. The problem is a biophysics issue, not an allergic sensitivity. The problem is that one of osmolality, in which the cells of the human body are designed to balance what is interior and exterior. This is also described as tonicity, or salt balance. When lubricant products are applied to human skin tissue that are hyperosmolar, they pull all of the moisture out of the cells, resulting in the sloughing off of the protective epithelium of the vaginal wall, which causes the burning and compromises the natural immune function in the vagina. Richard Cone, one of the biophysicists from Johns Hopkins wrote, "Virtually all hyperosmolar lubricants need to be reformulated. Normally the mucosal lining of the vagina is a good barrier to infection all by itself, but when that barrier gets compromised, all bets are off."

De-stabilizing the natural protective vaginal ecology has other serious consequences as well; a single use of hyperosmolar lubricants makes women up to three times more likely to contract Bacterial Vaginosis compared with women using nothing at all. This is a troubling because the incidence of BV is staggering. Depending on ethnicity, between 29 and 51 percent1 of all women have BV and worse still 84 percent don't know that they have it. Yet for as silent as this condition can be in its symptoms, the impact it has on susceptibility to other more dangerous STD's and HIV is even more alarming. Women with BV are 60 percent more likely to contract other sexually transmitted illnesses including HIV. And although researchers aren't clear about the mechanism of HIV transmission, women with BV are three times more likely to transmit the disease to their male partner.2

Personal lubricants may be the last frontier of health care products to experience it, but there is a revolution afoot and there are many brands of organic and all natural products that are entering the market to replace the dangerously toxic effects of bad chemistry. Take care of the most sensitive tissue in your body by reading labels and listening to your body's adverse reactions. Good sex isn't about feeling the burn; it is about feeling the warmth of someone you love. Choose wisely and realize that the body can teach the mind, and arousal and sexual enhancement may be as close as the bottle on your nightstand. 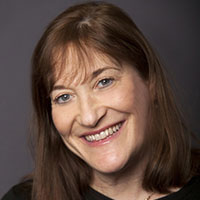 Wendy Strgar is an award-winning entrepreneur and the founder and CEO of Good Clean Love, a pioneer in the organic personal care product industry.

Wendy started Good Clean Love in 2003 after hearing from many women about, and experiencing for herself, the painful side effects of using petrochemical-based hygiene products. Today, Good Clean Love's products are sold internationally and endorsed by physicians nationwide for their safe and pure ingredients. A recent NIH-funded study1 found Good Clean Love's line of personal lubricant to be one of the safest products of its class.

A sexual health educator and loveologist, Wendy is the featured writer at the award winning blog, Making Love Sustainable. She is a sought-after guest blogger and speaker on the topics of love, sexual health, and positivity and her work has also been featured on Eco Salon, Care2, The Huffington Post, Elephant Journal, among many others.