Women account for approximately 40 percent of all hair loss sufferers in the United States. There is an important link between a woman's hair and her identity. For many women, hair loss changes their self-image and is a difficult adjustment both mentally and emotionally.

When I originally wrote The Drug-Induced Nutrient Depletion Handbook (Lexi-Comp, 1999) I was astounded to learn that oral contraceptives deplete more nutrients than any other commonly prescribed class of drugs. This prompted me to write The Pill Problem (2013) which instructs women on how to prevent the side effects from oral contraceptives.

According to the American Hair Loss Association (yes, there really is such an organization), women who have a family history of hair loss are at a much greater risk of experiencing hair loss from taking oral contraceptives. In this article, I am going to address the nutrient depletions caused by oral contraceptive that could cause or contribute to women's hair loss.

According to the American Academy of Dermatology, both oral contraceptives and low thyroid function (hypothyroidism) are common causes of hair loss in women.1 Many health professionals do not realize that there is a connection between these two causes.

The amino acid tyrosine is one of the nutrient depletions caused by oral contraceptives.2 Tyrosine is an amino acid that is required for production of the thyroid hormones. Hence oral contraceptive induced tyrosine depletion can lead to under production of thyroid hormones. This can lead to hypothyroidism, which has hair loss as one of its symptoms.

Selenium is also depleted by oral contraceptives.3 Selenium is a trace mineral that is required for enzymes that convert thyroxine (T4) to triiodothyronine (T3).4 This means that selenium plays an important role in controlling thyroid metabolism. Thus, selenium deficiency can result in hypothyroidism, which has hair loss as one of its many symptoms.

Zinc is another nutrient that is depleted by oral contraceptives. Zinc deficiency can contribute to female hair loss in two ways. First, zinc is required for the production of collagen and keratin which are proteins that play critical roles in the structure of hair follicles and in hair growth. Zinc is also involved in the synthesis and mode of action of thyroid hormones.5

Every day hair is exposed to a wide variety of harmful agents that are damaging to human hair. Things like ultraviolet radiation from the sun and environmental toxins and pollutants can all generate free radicals that damage hair and can cause or contribute to hair loss. On the other hand, the role of antioxidant nutrients is to neutralize free radicals, thereby preventing or reducing damage to all parts of the body, including hair.6

Oral contraceptives have been documented to deplete the following antioxidant nutrients: vitamin C, vitamin E, selenium, zinc and coenzyme Q10. A deficiency of any one of these antioxidant nutrients will result in an increased production of free radicals, which can damage DNA and destroy cells, including hair follicles.

Beyond hair loss, nutrient depletions caused by oral contraceptives can cause many additional health problems such as blood clots, birth defects, weakened immune system, heart attacks, depression, sleep problems, and various sexual side effects, to name a few. My book The Pill Problem discusses all of the side effects from oral contraceptives and offers women information on how to prevent and/or correct these problems. The Pill Problem is available in paperback or as an e-book at naturalpharmacist.net or on Amazon.com.

In closing, I want to announce a relatively new form of contraception for women that is a vaginal cream which is all natural, safe and 100 percent effective. The product, which is named Smart Women's Choice (SWC), was developed by Francoise Farron, PhD. Dr. Farron, a Harvard biochemist (now retired), originally presented SWC to me in 2015. After examining the evidence at that time, I realized that Smart Women's Choice was a good contraception option for women and I wrote an article about it which I posted on my blog in October, 2015. At that time, the product did not gain much acceptance with health professionals due to a lack of scientific studies to document its safety and effectiveness.

In July 2017, Dr. Farron contacted me with exciting new information regarding Smart Women's Choice. An independent lab has conducted a test and verified that Smart Women's Choice is indeed 100 percent effective at immobilizing sperm. SWC works by causing sperm to agglutinate, which means to clump or stick together.

Also, Dr. Farron reported that to date, over 1,300 women have been using Smart Women's Choice without a single incidence of failure. This is impressive since all forms of contraception ranging from condoms to oral contraceptives and everything in between have a failure rate. Smart Women's Choice is a natural, hormone-free form of contraception for women that is safe and 100 percent effective. You can view the video of an independent lab test which demonstrates the efficacy of SWC as it immobilizes sperm on www.smartwomenschoice.com. 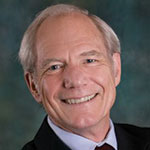 Ross Pelton, RPh, PhD, CCN is a pharmacist, a Certified Clinical Nutritionist, and a health educator. Ross has written ten books including How to Prevent Breast Cancer, Alternatives in Cancer Therapy, Mind Food and Smart Pills, The Nutritional Cost of Drugs (2nd edition), and The Pill Problem, How to Protect Your Health from the Side Effects of Oral Contraceptives. He is also the author of The Drug-Induced Nutrient Depletion Handbook, which is widely recognized as an important reference book for pharmacists, physicians and other healthcare professionals. Ross has actually written two books on the topic of drug-induced nutrient depletions and he is the world’s leading authority on this topic. In October 1999 Ross was named as one to the Top 50 Most Influential Pharmacists in the United States by American Druggist magazine. He is also a member of the Medical Advisory Board for the Life Extension Foundation. Ross is currently the Scientific Director for Essential Formulas, Incorporated based in Dallas, TX.