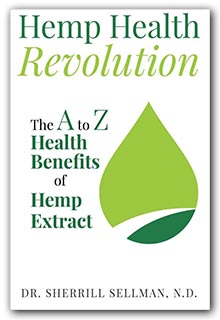 There's no doubt about it. Women are much more challenged when it comes to their hormonal and overall health than men. In fact, women are four times more likely to have migraines, anxiety, Irritable Bowel Disease and Fibromyalgia.

If you are asking exactly what is the endocannabinoid system, you are not alone. But it will soon be more widely known as one of the most important systems in our body.

A major discovery occurred in the 1990's that would change not only the understanding of our own physiology, but also reveal one of nature's most powerful healing plants, agricultural hemp.

It began with the research into the cannabis plant which then led to discovery of an entirely new system in the body called the endocannabinoid system (ECS) and the revelation of the immense healing potential of the non-psychoactive component of the hemp plant.

We have Dr. Raphael Muchoulam to thank for this groundbreaking discovery. Dr. Muchoulam, an Israeli organic chemist, professor of Medicinal Chemistry at the Hebrew University of Jerusalem and pioneer in the field of cannabis research is considered one of the giants of cannabis research. For the past 50 years, he and his team have succeeded in discovering the major plant cannabinoids in the cannabis plant, THC (tetrahydrocannabinol,) and Hemp Extract (cannabidiol).

According to Dr. Mechoulam,"By using a plant that has been around for thousands of years, we discovered a new physiological system of immense importance. We wouldn't have been able to get there if we had not looked at the plant."

Why is there such excitement amongst scientists and health practitioners? It turns out that the ECS is a primordial language that nerves and brain cells use to communicate. From womb to tomb, across countless generations, the endocannabinoid system guides and protects all vital physiological processes.

What's The Big Deal About The Endocannabinoid System? The ECS is possibly the single most important system within our entire body. It is responsible for maintaining a process called homeostasis. Basically, if our ECS is out-of-whack, the health of our entire body could be at risk.

There is one biological principle that is essential for maintaining a healthy functioning body. That principle is called homeostasis.

Homeostasis means that biological systems are actively regulated to maintain conditions within a narrow, healthy range. The intelligence of the body insures that critical functions are always in proper balance. For instance, our body doesn't want its temperature to be too hot or too cold, or blood sugar levels too high or too low. Conditions need to be just right for our cells to be functioning optimally. Without this perfect, rather narrow range of regulation, we would die.

As it turns out, that is exactly the job of the ECS. It is a vital molecular system for helping to maintain homeostasis—it insures that cells stay in their "Goldilocks" zone of just right at all times.

The ECS insures that the communication between all the biological systems is working perfectly. Some of processes the ECS controls include: pain perception, gastrointestinal motility, memory, sleep, response to stress, anxiety, depression, bone repair, growth of new brain cells, reduction of excessive inflammation, regulation of hormonal systems, fertility, protection from strokes and other neurodegenerative problems.

The ECS regulates the homeostasis of the following functions:

This is why the ECS is such a big deal!
Every important physiological function of our body is regulated and kept in balance by a properly functioning ECS.

Hemp Extract, the Non-Psychoactive Molecule in the Cannabis Plant

Cannabinoids are the chemical molecules that communicate with the ECS. There are two types of cannabinoid molecules. One type is made by the body the other kind comes from plants, such as the cannabis plant.

Hemp Extract is the non-psychoactive part of the cannabis plant that is totally legal in all 50 states. It works its healing effect by indirectly increasing the activity of ECS receptors. Hemp Extract will activate receptors in the body's systems that have to do with pain, perception and inflammation.

This is really good news when it comes to women's health challenges.

The following are some of the ways Hemp Extract can help to support women to address many health issues as well as regain their health.

Thanks to research that has once again revealed what the ancient cultures have known for millennia, the Hemp Extract from the cannabis plant is transforming health.