Menopause is the term used to describe the progressive cessation of menstruation in a woman over time. Menopause typically occurs after a woman’s child-bearing years, between the ages of 45 and 50. Some women, however, experience it as early as 35 and as late as 60 years old. The process of menopause can last for two to six years, during which time a woman’s hormone levels change due to the reduction in the production of estrogen and progesterone in the ovaries as they cease to produce eggs. Physiologically, menopause marks the end of a woman’s childbearing capacity and is a part of her natural aging process.

The word menopause originates from the Greek words “meno” (month) and “pauses” meaning (pause). The earliest references to menopause appear in ancient Greek and Jewish Talmudic texts. Although it is historically and culturally considered a natural rite of passage, in the late nineteenth century Western medicine recharacterized various menopausal symptoms as medical conditions requiring intervention and treatment. As a result of these diverging views, today there is much confusion about whether menopause is a natural phase in a woman’s life, a condition that needs medical assistance due to hormone deficiencies, or a physical change that affects psychological stability.

Current medical treatments for such symptoms include hormone replacement therapies that substitute progestin and estrogen, prescription antidepressants to lift moods, calcium supplements to reduce the negative effect of low bone density levels, and herbal treatments. However, research has shown that healthy women undergoing hormone replacement therapies for an extended period of time may be at increased risk of cancer, stroke, blood clots and heart disease. Antidepressant medications have a host of potentially dangerous side effects. Herbal treatments may be helpful, but not consistently so for each woman’s unique set of symptoms, and added calcium only deals with possible bone loss.

Menopause symptoms in women cannot be minimized, as many women suffer deeply during this time. However, as discussed below, women in certain non-western cultures do not appear to experience many of the above symptoms, so the question arises: what creates the variety of symptoms of menopause in each woman. One potential answer is intriguing, since it may very well enable a woman to alleviate some or many of her menopausal symptoms through the power of her own mind.

Today, people are aware that having joyful thoughts create euphoric chemicals in one’s body, while having fearful thoughts triggers the release of various stress chemicals. In fact, stress and negative emotional states are reflected in measurable elevations of specific hormonal and chemical substances such as cortisol, oxytocin and vasopressin, which then affect other hormonal levels and immunological reactions in the body. On the other hand, positive emotional states produce serotonin and growth-related hormones, which lead to a sense of well-being and wholeness.

Dr. Akhter Ahsen has discovered a root cause of menopause symptoms, why they manifest uniquely in each woman, and the methodology to overcome them. His work is at the cutting edge of the scientific study of psychosomatic healing. He is best known in contemporary psychology for his pioneering work in the scientific and clinical study of mental imagery in general and the Eidetic image in particular. Eidetic images are holographic images of our life experiences stored in our brains. They can be seen in the mind’s eye with clarity and detail.

Dr. Ahsen found symptoms of an illness originate in stored images of injurious life events that evoke negative states of insecurity, loss, stress, anger or fear, which, in turn, release symptom-creating chemicals and hormones in the body. By accessing the images at the root of one’s symptoms, the negative biochemical and hormonal cascade can be alleviated. Dr. Ahsen also found within each person is a storehouse of positive images created by affirmative life events as well as by a genetic blueprint of one’s wholeness. These constructive images are the bipolar opposite of the negative ones created by one’s history. Once they are accessed through Eidetic Imagery they may be used for healing. 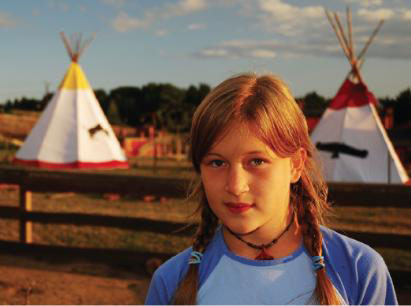 In his book, “Menstruation and Menopause: Imagery Therapeutics in Social Context,” Dr. Ahsen discusses his findings that a woman’s menopausal symptoms are not only found in her history but also directly related to her attitude towards aging. For example via Eidetic Imagery a client I worked with realized that throughout her formative years she had been constantly praised by her adoring father for her natural beauty while at the same time her dad praised the woman’s studious sister as “his smart one.”

Over time the attractive daughter’s sense of self worth became subconsciously equated with her natural good looks, and not by her accomplishments. Years later, as this woman entered menopause, she experienced changes in her appearance typically associated with aging. Those changes were devastating and she soon experienced a host of unwelcome menopausal symptoms. We discovered she’d always felt someday her value as a woman would be over when she was no longer beautiful. These were not overt, rational thoughts, but rather they existed subliminally in her psyche. Nevertheless, she was in despair due to her belief that she’d lost the sole basis for her self worth.

The connection between one’s expectations and symptoms are important in understanding what happens during menopause. What we expect has a lot to do with the outcome. A woman’s negative expectations regarding aging increase as she enters menopause. Most women experience a loss of power as their looks begin to fade. In addition, during this time a woman may become concerned about her future health, her economic prospects, her children’s future, and her relationships with her aging parents or spouse.

In addition to these concerns, Western women are bombarded daily by the culture’s unrelenting messages, which values youth and beauty above all else. One can’t read a magazine, watch a television program or a movie without being confronted with images of beautiful young women with perfect figures and flawless, unwrinkled skin.

The beauty industry spends billions each year to convince women to purchase products and services (makeup, diets, exercise, plastic surgery, etc.) to appear young and attractive. A menopausal woman whose waist thickens despite dieting or whose eyelids droop or neck wrinkles despite the most expensive beauty products or exercise regimen runs the risk of no longer feeling desirable — and believing it. There is no way to escape this cultural assault no matter how emancipated or intelligent a woman may be. Ironically, telling a woman she looks younger than her age is a high compliment; implicit in the compliment is the notion that someday (soon, perhaps?) she won’t be able to believe it. Therefore, most menopausal women experience a range of depressing expectations regarding aging which trigger physiological symptoms, even though the physical and biological changes during menopause are natural.

Dr. Ahsen has found that the negative feelings and symptoms experienced by Western women during menopause does not occur or is greatly diminished in more primal cultures, where aging is esteemed. For example, in Canada after menopause women of the Cree tribe are honored and entitled to exercise Shamanic and healing powers. For the Kung women in Botswana menopause is a time of sexual liberation. In parts of Micronesia, a woman may become a healer after menopause and practice sorcery and magic. Menopausal symptoms do not exist in these cultures as the expectations of aging are positive. In addition, Dr. Ahsen quotes research by Dr. Miriam Stoppard (Menopause, 1994 published by Dorling Kindersley, UK) where, “In a study of 500 Indian women none of them mentioned hot flashes or other signs and symptoms of menopausal distress. If hot flashes are culturally induced, it is an extraordinary and sad reflection of the influence of culture on women.”

Regarding this phenomenon, Dr Ahsen states, “We find hypnosis and social control operating at various levels, generating unwelcome anticipations and expectancies that affect menopausal structures, as evidenced in the cross-cultural studies. Such anticipations generate symptoms specific to each culture. If hot flashes, for example, were indeed based solely on loss of estrogen and were truly a biological by-product of the “disease” called menopause, then why would the same physiological consequences not be universal? When the expectation of growing older is positive in a culture, the physiological/psychological symptoms seem less or are just not there.”

The healing of menopausal symptoms utilizing Eidetic Imagery are outlined below: 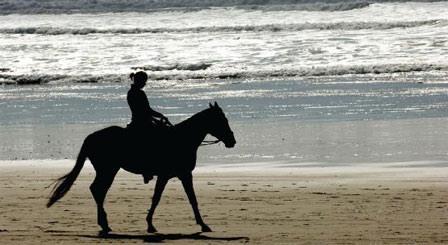 This image takes the woman out of our modern time to an ancient tribal time where she can discover the gifts of her essence. It shifts her self-perception of aging and loss to one which values her authentic power, strength and feminine wisdom which, can only come with age. In this manner her value does not lie in her looks but is deeply rooted in her feminine understanding. Dr. Ahsen states, “Under the ritualistic layer of every culture lies the primary layer (of images) containing the holographic effects of all Nature myths tucked away from cultural pressure.”

Here is what one woman said during this exercise:

“I am teaching them about self capability, confidence, assuredness, self knowledge, forgiveness and self acceptance. I feel this is why I was put on this earth. This is what I want to do for my girls and for my nieces too. They really get it. They get it at all different levels, but they are all getting it. It is what their mothers do not tell them. They should not depend on anyone else. I am full, wise and see my value.”

The above image is a part of a longer version of the “Woman on Horseback” image developed by Dr. Ahsen.

You can find Dr. Ahsen’s book, Menstruation and Menopause: Imagery Theraputics in Social Context, published by Brandon House. To order the book either call 914.476.5796 or e-mail This email address is being protected from spambots. You need JavaScript enabled to view it. att: Irene.

Jacqueline Lapa Sussman is a leading author, psychotherapist and lecturer on Eidetic Image Psychology. Contact her at This email address is being protected from spambots. You need JavaScript enabled to view it. or www.jacquelinesussman.com.